We’re deep into the winter holidays, a time when helpful friends and social pundits are warning us to avoid talking about politics or religion or anything else that might devolve into an argument. Good advice, perhaps, but only talking about safe topics is like only eating mashed potatoes – boring and ultimately unhealthy.

What if we could have respectful, exciting, joyful conversations about truly gnarly, nasty, stomach-knotting subjects?

I know this is possible and I know how hard it is. At my in-laws for Thanksgiving, I found myself ready to loudly and decisively correct an inane idea one of them was spouting. In the nick of time, I remembered that I write about a very different approach to conversations. I managed to listen, actually listen, to what a cousin was saying, rather than thinking of my retort, and found something that I could comfortably acknowledge, reflect back to her in a respectful way (she’s a teacher – her job is hard, under-appreciated and underpaid). Her face softened, the volume in the room lowered and, a few minutes later, we were treating each other like family again. To be clear, this is just the first step – avoiding an unproductive fight by listening and reflecting back. It takes more techniques to then have great, tough conversations – techniques I made sure to include in The Snow Clown: Cartwheels on Borders from Alaska to Nebraska.

Karin Tamerius and David Campt include a clever DIY text conversation with Angry Uncle Bot in this article (see link). Alexander Tolstoy, a Swedish colleague of mine, summed up their recommendation as: 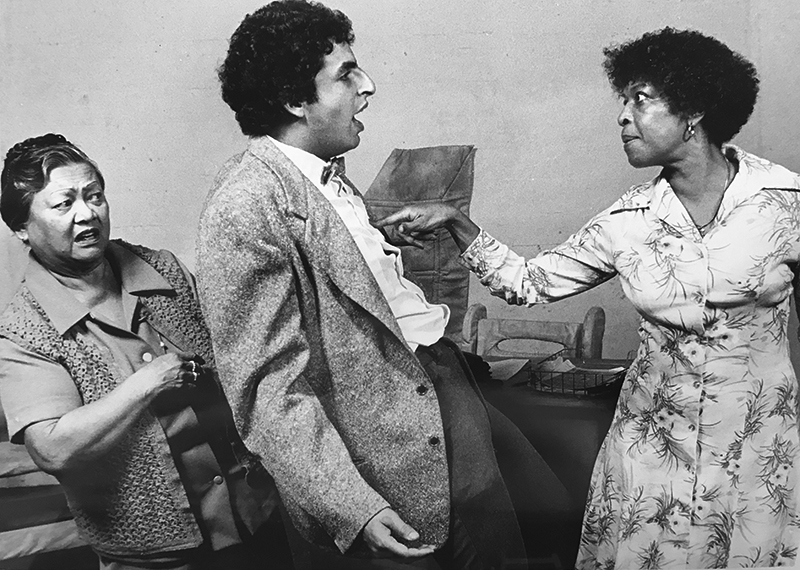