My mother was an artist who became allergic to her paints. Since not painting was not an option, she invented a way to paint with paper.

Mickey had a waxer to lay out the feminist magazine she published so she waxed the back of sheets of colored construction paper. Then she’d slash the paper with an Exacto knife and sorted these “brush strokes” by color. Instead of pots of paint, her studio was covered with trays of paper.

Mikey set strict rules for Paper Painting – construction paper only, no paper with designs. “This is painting, not collage.” Here’s an early painting I recently saw at a friend’s house. 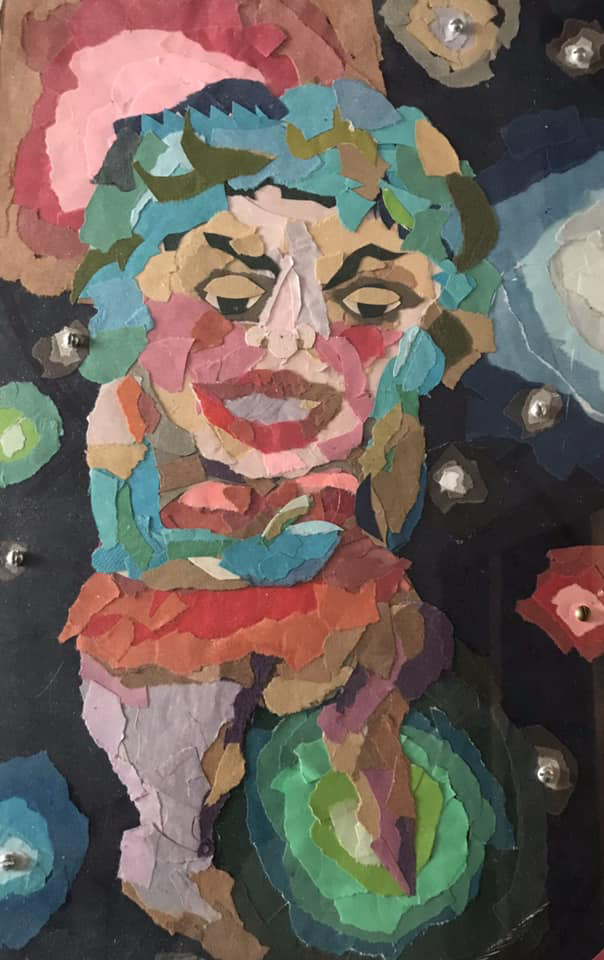 After a while, though, she was tempted by wonderful colors and shapes in magazines. But still strict rules -- absolutely no use an intact image, an image created by the other artist, the one who drew or painted or took the picture she was slicing up.

A few years later, complete skulls started showing up in Mickey’s work and then more images directly from magazines. And it still felt like paper painting, not collage, although the line between the two got rather thin.

You can see more of Mikey Spencer’s paper painting at: https://www.flickr.com/photos/mickeyartist/

Now that my third novel “Love Death Circus” will be coming out in paperback this fall, after its pandemic-long sojourn as a virtual book, my mother’s paper paintings will grace both the front and back covers. 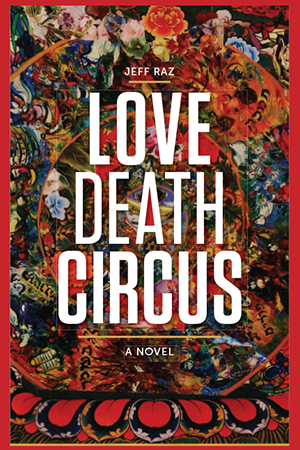 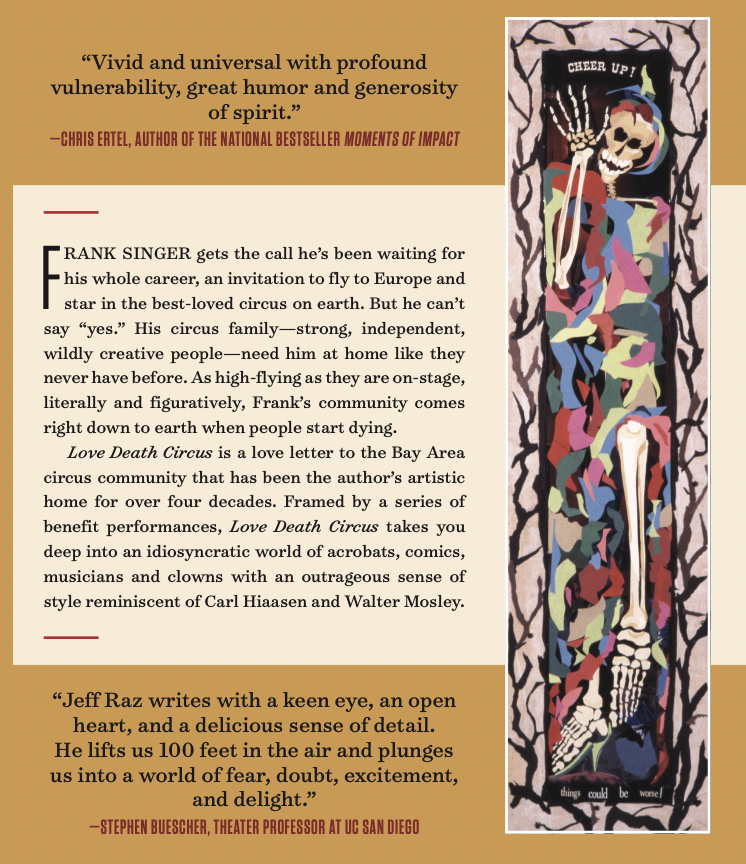