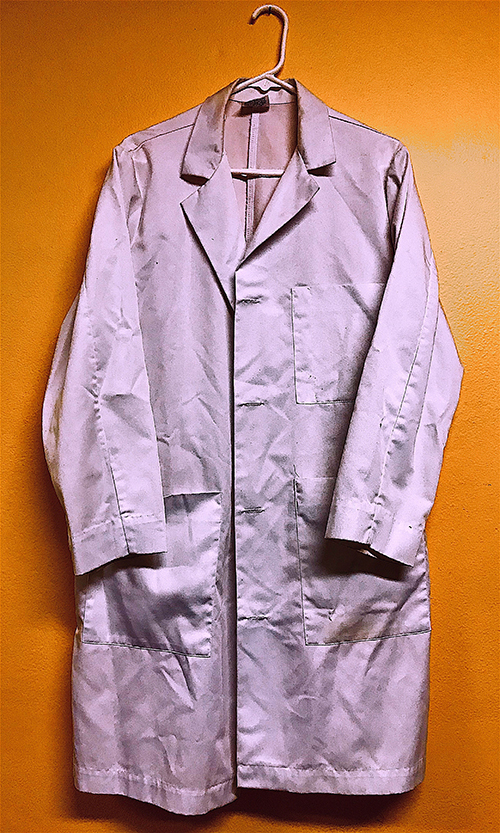 “So there’s my mother sprawled out on the floor in her kitchen.” Frank Singer takes a sip of his Oolong tea to give his roommate Willa Woods time to visualize the scene. It had been a long night; now it’s late morning. Frank is rested enough to feel terrible about leaving Willa and Tina at the memorial show, but why apologize when you’ve got a good story to tell?

“Magda was cursing a blue streak at two fuzzy cheeked EMTs who were stalking her like she was a pit viper.” Frank pauses again and then walks the first two fingers of both his hands slowly on the tabletop, little puppet EMTs.

Willa Woods has little patience for dramatic pauses and amateur finger puppets in the best of times and this morning she is in a hurry. She grabs Frank’s fingers and asks, “Did they take Magda to the hospital or not?”

“No, of course not. I’d never let them take my mom to the hospital.” He frees his hands. “Berit came over and I when I left, Madga was in her own home with her own personal Viking, safe from the clutches of institutionalized medicine. I told the neighbors not to call 911 again, even if they hear her yelling. They looked at me like I should be arrested for elder abuse.”

“Magda would’a done some clown abuse on you if you’d’ve let the EMTs take her to the hospital. She hates hospitals.”

Willa was always Magda’s favorite, out of all of Frank’s friends. Even so, Magda hasn’t told Willa about her decision to “die on her own terms” and Frank hasn’t mentioned it either. He secretly hopes that if he doesn’t think about it or talk about it or do anything about it, his mother will change her mind and live happily ever after. Denial and shame run deep.

Frank says, “I know she hates hospitals and I’m sure they would have dragged Magda to the ambulance if they hadn’t seen an oversized clown in a wet dress barging through the front door.” He laughs a little at the image; Willa just stares at him. “The EMTs couldn’t get out of there fast enough. Actually, I wish they would have stayed to help – it took me over an hour to get her…”

Willa stands up from their kitchen table, “I’d love to hear about your heroics, getting your mom off the floor without ripping your dress or tripping over your flap shoes, but we’ve got to leave soon and I haven’t showered or medicated. You remember we have an appointment--”

“Yes, I know. It’s the day we tell your oncologist how to do her job.”

“Damn right. And you better put on something that says ‘power of attorney for health care.’ That schmatta screams ‘best friend who’s being dragged to a doctor’s appointment against his will.’”

“You want my clothes to lie?”

Power of Attorney for Health Care

Dr. Courtney Sands is a decade out of med school, a Reese Witherspoon look-alike, circa Legally Blonde, with red ankle boots peeking out from under her white coat. She stares at her patient: early 50’s, about her same size, dressed in thrift store purple from head to toe and a multicolored cap on her shaved head. Willa Woods is pale and thinner than last time. She hasn’t been an easy patient and now she’s brought a wingman to protect her from, what, staying alive? The bodyguard has got on a brown corduroy sports coat over a circus-themed tee shirt and old jeans. If he’s a friend of Willa’s he must be a performer but he looks as sheepish as everyone else who comes through the door as “moral support.”

“Yes, I know you think that this new chemo is our best option. All I’m saying is that that isn’t the point. Frank, maybe you can explain it to Dr. Sands. Clearly I’m not doing a very good job of it.”

Frank Singer, who’s been trying to disappear into a corner of the exam room, says, “Sure.” He rolls his stool a few inches forward. “Dr. Sands, as you know, Willa has been struggling with mental illness--”

“In any case. Willa and her psychiatrist have finally found a psychotropic drug that works pretty well – she hasn’t been in Langley Porter for almost six months; over a year without a suicide attempt. You said she’d have to go off of this drug if she goes on this new chemo. She won’t do that.”

“I’d rather be dead than crazy” Willa says like she’s choosing soup and salad over an entrée.

There is a long silence. Dr. Sands’ jaw tightens. She was taught to save lives and she was a good student. Finding the right chemo for each woman and then adjusting and changing as the cancer mutates is her not-so-secret superpower. She saves lives. Lots of lives. Now here’s a woman saying, “Don’t save my life.” That’s suicidal. But Willa isn’t crazy and she clearly wants to stay that way, which is why she won’t take the chemo that would most likely save her life. And that’s crazy. Dr. Sands tries to see the madness in her patient’s eyes but it’s not there. This woman looks completely sane.

“Cancer saved my life.” Willa’s voice is soft and musical, a trained performer. “When I got diagnosed with breast cancer, I had to decide what to do, which way to go, to be or not to be. You can’t simultaneously try to take your life and try to save your life. It’s impossible, just can’t do it. So I decided to fight the cancer.”

Dr. Sands’ face softens just a little; both Willa and Frank see it and Frank seizes the moment. “Dr. Sands, how long do you think you can you keep Willa alive with the other chemos?”

The room is quiet. This is now the heart of the matter. Dr. Sands tries to force herself to focus on this new challenge, to follow this new path – find a series of treatments for Willa that won’t react badly with her psychotropic medications. But red flags are flying. Who’s driving this train, Willa or Frank?

Dr. Sands looks at Frank and he sees her face close down. He, Frank, is the problem. The doc is right to be suspicious. How can she know that Willa dragged him to this appointment and not the other way around? How can she be sure that Willa is dead set on staying sane, even if it means her life is shorter?

Frank stands up quickly and walks to the door. “Where is the bathroom?”

Dr. Sands say, “You have to go into the waiting room and then right at the elevators.”

“I’ll be back in a minute. Willa, you need anything – water? Something to eat?”

Willa shakes her head and Frank closes the door behind him.

The moment Frank Singer steps out of Dr. Courtney Sands’ office, he knows he isn’t going back in. There is air and life in the hallway; only death and dying behind the doctor’s door.

By the time he finds the bathroom, he has convinced himself that Willa and the doc need time together, just the two of them.

As he washes his hands, he assures himself that he would’ve stayed if they’d needed him and that he isn’t a chicken shit for leaving.

On the elevator down to the main floor, he remembers that he’d promised his mother a visit today and it would be tight getting to Berkeley and back to S.F. in time for his gig this evening. That’s it! Of course he has to leave the oncologist’s office, quickly, to go take care of his dying mom. He’s a good son, if not a good friend.