Reluctantly, Frank Singer lets go of Ellie Abrams and walks behind the closed curtain towards the green room. Before he gets there, the assistant stage manager calls him, “Mr. Singer! John wanted you to know that the first act ran seventy-seven minutes, seventeen minutes more than your projected time.”

“Yeah, everyone went a little long. Not Tina and me, of course, but everyone else. Tell John I think we can make it up in the second half since I only booked five acts and we know the video won’t go long.”

The A.S.M. is young, younger than Ellie, and manages to look chic in her black stage blacks. “John also asked me to remind you that the crew goes into overtime at 10 o’clock so you’ll need to have the stage cleared by 9:45. A.C.T. won’t cover any overtime for the crew.” Her headset beeps. “By the way, I loved the dress.” She winks at Frank and walks away.

In a flash, Frank turns back into a young actor flirting with the crew. It feels good and he’s about to toss a witty retort to the A.S.M.’s sexy back when Miranda Martinez walks by and pushes open the stage door. The sounds of the street invade backstage. Frank chases after his Emcee.

“Hey, Miranda, where are you going? We’ve still gotta do the second half, remember?”

“I know but I forgot my comb. I’m sure there’s a place to buy one somewhere here in the Tenderloin.”

“Wait, wait. Do you really need a comb? Right now?”

“Of course. I’ve got to break down this pompadour for my lounge lizard character.”

After some fast negotiating, Frank convinces Miranda not to go wandering around in the night, in costume and make-up, but to instead borrow a comb from Sparks. As the Emcee heads to the dressing rooms, Frank sees Virginia Barre walking toward him looking like she’s on the red carpet.

“Madame Producer, you are a goddess. A goddess with a hit show, I might add.”

They hug. “It’s going good, Frank. There wasn’t a dry eye in the house after that ending – ‘Amazing Grace, how sweet…’ Virginia starts singing but Frank cuts her off, “And we better top all that with the second half or everyone goes home disappointed.”

“OK, be that way, you old fart.” But Virginia is too happy to put real venom behind her words and she knows that Frank is right, even if he just threw cold water on her impresaria moment.

Luca Cancio’s face fills the giant screen in the Geary Theater. He’s talking about his wife, their life together, their family. The camera pulls back and we see that his right arm is around Zip and his left is around Ellie. His voice is soft with love, his words are carefully crafted and his thoughts are deep. Zip is smiling. Now Ellie is talking about her mother and then the video cuts to an old picture of Zip holding her baby daughter in the same dress that she wore before intermission when she held her granddaughter. Hundreds of tears are wiped off of hundreds of cheeks, from the loge to the third balcony.

Frank can’t see the screen from the wings but he can see Virginia in her seat holding up two fists in victory. He shakes his head. By rights, he should have talked to Luca about cutting his speech instead of leaving that chore to his greenhorn producer. But Virginia solved it better than he ever could, turned a disaster into the perfect second act starter. And, since Zip is in the video, Frank gets her on stage, or at least a two-dimensional version of her, without Zip having to leave her seat. Only one more entrance, the finale, and Zip will have made it through the show like the pro she is. All Frank’s preparations and pep talks about adapting to an actor with dementia will have been for naught. Thank god.

The screen goes dark, the drummer counts in Trini Lopez’s classic Cuando Caliente El Sol. A pink spotlight hits Miranda Martinez, her hair perfect as she dances on stage singing her own lyrics.

How hot’s our Zip-porrr-ah?
O, she’s on fi-ya.
We’ve seen her body, so graceful,
Her kisser so funny, Zip-porrr-ah…

After her song, Miranda brings on a troupe of young stilt dancers and Frank takes the opportunity to quickly change back into his dress for the final bow.

Frank gets to the stage left wings in time to slap five with each of the young stilters as they exit and he hear Miranda introduce a “very special guest, all the way from New York. Ladies and Gentlemen, a big San Francisco welcome for, drum roll please, Sparks!”

The band plays an eight bar intro as Sparks walks into the spotlight to the biggest applause since Zip first walked on stage an hour and forty-five minutes ago. From the wings, Frank can feel Sparks’ connection with the crowd and he admires how she slowly builds the relationship without resorting to canned lines. It takes her a full five minutes to get into her first routine, a hilarious story of the tour she took with Zip thirty years ago that was interrupted by a live volcano.

“Mr. Singer, John wants you to know that this act is now at 10 minutes.” It’s the sexy assistant stage manager.

Frank pulls himself away from Sparks’ spell, realizing he had become a spectator, not a director. “Tell John she’ll be off in a couple of minutes.”

“Sounds like she’s just getting started.” Another wink from the A.S.M. before she starts reporting back to her boss.

On stage, Sparks is finishing up another story so Frank tucks himself behind a side curtain and gets David Carter’s attention. He mouths, “On my signal, play her off.” The bandleader nods, Frank waits for the right moment and gives the cue. The band starts the intro again but Sparks spins to her left and slashes a finger across her throat. The music stops mid-note. 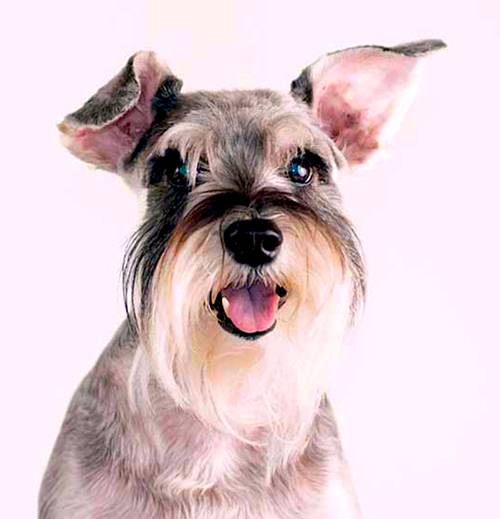 “If I wanted to sing and dance, I wouldn’t be doing a comedy set, would I?” A nervous laugh ripples through the Geary. The band sits frozen. Sparks says, “Now where was I?” and leans down to unzip a small duffel bag she’d brought on stage with her. A geriatric toy schnauzer with a purple bow on its tail limps out and starts sniffing the stage. Sparks goes into a convoluted routine about Zip’s dog while trying unsuccessfully to get the schnauzer to do tricks.

“Mr. Singer? Oh, there you are. John says, and I quote, ‘What’s with the fucking rat-dog?’” The twinkle goes out of the cute A.S.M.’s eye. “He’s seriously pissed because we’re not allowed to have animals on the Geary stage without special permits. PETA will raise some kind of hell.”

“Tell John I had no idea she was going to do this. I don’t even know where that dog came from.”

“Well, we need that dog off the stage. Now. Sparks has been out there for 14 minutes already and…oh, god. John Quan is going to lose his shit – that mutt just peed!”

Frank looks on stage to see Sparks on her knees cleaning a wet spot with tiny tissues pulled from a travel pack. He runs to the side curtain, signals David who cues the band. Sparks spins, slices a finger across her throat again and yells, “Do that again and I’ll cram that bass so far up your ass you have to play with your teeth!” The music stops.

Sparks keeps cleaning and talking, the audience keeps laughing and Frank signals the bandleader again. David Carter wants no part of a dog-loving, homicidal New York comic but Frank keeps pointing at him and saying, “Play now!” Reluctantly, David cues the band. Sparks is cursing but Frank is right up in David’s face, working hard to look more dangerous than Sparks, strapless pink dress notwithstanding.

The band plays on.

Finally, Sparks scoops up the schnauzer and stomps off stage left to wild applause. In the wings, she gets right up in Frank’s face. “What were you thinking, cuing the band? Fucking killing me. I fly all the way out here from New York, on my own dime no less, only to get treated like some fucking loser act on the fucking Gong Show. I love Zip. I’m showing my love and you’re fucking killing me!”

Frank says, “Sparks, I know you love Zip but you promised you’d only do ten minutes and you were out there for…” The A.S.M. flashes ten fingers twice but before Frank can finish his sentence, before he can ream Sparks out for the dog pee and tell her how they’ll now end up paying a hunk of money in overtime because her act took too long, he looks over Sparks’ shoulder to see Zipporah Abrams walking up out of the audience and onto the stage.