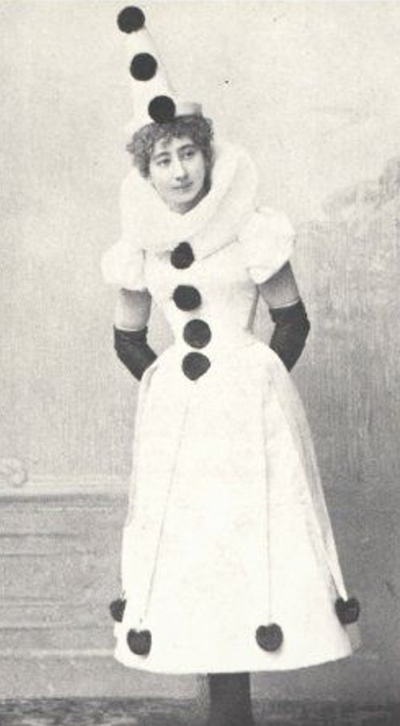 After getting the lobby set up, Virginia Barre goes backstage, commandeers an empty dressing room and shimmies into a metallic silver sequined gown with a thigh-high slit and a shoulder-flaunting neckline. If you’ve got aerialist shoulders, you flaunt them. A month ago, before the show sold out, she’d asked the box office to save the best seat in the house for her – fifth row orchestra center. If you’re an impresaria, you get the best seat.

The theater is almost full when Virginia sits down. The band is playing a pre-show set and the Geary is loud with old friends reuniting. She feels a twinge of regret that she’s not in the show, although “regret” is too mild a word for the feeling a performer has when she finds herself banished from backstage, her home. Virginia finds her her mind is on rewind and she’s suddenly a little girl in the audience, waiting for the big stars to appear on stage. She shakes it off but a bitter aftertaste lingers until as the band finishes, the house lights dim and the ‘turn off your cell phones’ announcement plays.

In the dark, a spotlight hits a frail woman with wild white hair and a huge smile. Zipporah Abrams walks out of the wings and 1,040 people stand to cheer. All Virginia’s regret is gone, replaced by pride with a hint of sorrow. Zip is walking strong and looking good and Virginia is relieved to see Jackie Amarillo peeking out of the wings, ready to help the moment something goes wrong.

Zip comes center stage. She’s in her old costume, a bright red flowered dress with puffy shoulders and short balloon sleeves. The applause fills her up and, for a moment, she is her old self, Zip Abrams presiding over her loving flock. After a full minute, Zip holds up her hand and the audience settles down. She takes a 3X5 card out of her dress pocket with one hand, the cordless mic is in the other, and she reads, “Good evening. My name is Zip Abrams.” More applause, even louder, which Zip takes in with a big smile. She owns the stage. Virginia Barre yells, “We love you Zip!” over the roar of the crowd.

“Thank you for coming to my show, the End of an Era. I love you all.” As the theater erupts again, Virginia sees a moment of panic flicker across Zip’s face, down her torso and into her legs. In an instant, Jackie is there to gently guide Zip off the stage, down the main aisle and into the box where her family and Berit are already seated. Virginia watches Zip settle in and she exhales.

“Ladies and Gentlemen, the one and only Zipporah “Zip” Abrams!” Miranda Martinez, dressed in her trademark blue jeans, leather jacket and black pompadour, stands in the spotlight at the stage right microphone. “Zip is the reason we’re all here tonight to celebrate the End of an Era. Let’s rock this joint!”

The spotlight swings to the upstage curtain which opens to reveal two backs – one small, in a tight black tuxedo, and one tall, busting out of a big pink strapless ball gown. Frank Singer and Tina Edgars turn, the band starts a tango and their clown courtship begins.

Virginia thinks, “It’s really happening.” She peaks over to see Zip surrounded by her family, happily watching the show.

Tina’s tiny Fred Astaire finally figures out how to kiss his giant Ginger – stand on a step ladder. The spotlight irises out on their faces and Miranda re-enters to thank the clowns, introduce the band and do a short comedy set. Virginia laughs hard at every joke; the show is sweeping her up, turning her back into a wide-eyed teen watching her idols work, but now with joy, not angst.

A song, a sketch, Jackie Amarillo and Isabel Sanchez’s PG version of their unicycle/sax act. Virginia peeks over at Zip again to see her wide-eyed and beaming. All is right in the world.

A dance routine, some jugglers and another stand-up comic.

Now the French acrobats are slowing climbing into their big trick, a “three high,” each one standing on another’s shoulders. Virginia looks over to the loge box and leaps out of her seat; Luca Cancio is alone with four empty chairs. Virginia squeezes past the couple sitting next to her and is about to hurdle over a tall guy’s legs when she remembers that the Abrams Family Clown routine is up next. Of course, Jackie’s taken the family backstage to get into their matching yama-yamas.

As Virginia hitches up her dress and struggles back to her seat, the other patrons get a good look at her red thong. She doesn’t care. On stage, the three high leans a little, then a little more, a little more, more and finally the tower falls. At the last possible moment, the three acrobats separate, roll on the stage and pop up for their final bow.

In the applause, stagehands rush on to set an ornate, gilded empty mirror frame, a leftover from a Restoration comedy. Ellie Abrams and Tina Edgars enter in their yama-yamas and start their clown mirror act.

Chapter 65
Past, Present and Future

Frank Singer has changed out of his dress and into his backstage blacks. He’s standing stage left with a headset on, listening to John Quan,

“Warning lights: cue seventeen, the final pose for the family in the Mirror Act.”

“Amazing Grace, how sweet the sound, that saved a wretch like me.”

Frank smiles – while working on Ellie’s Mirror Routine, he’d remembered that Zip used to sing “Amazing Grace” to her daughter as a lullaby. He convinced Dave to add the song to his set list and it fits perfectly with the last moments of the mirror act. It may also be keeping Zip calm; at least she looks calm.

Frank walks to where Berit and Jackie are watching in the wings.

There they are on stage, a family of clowns, three generations plus Tina; the past, the present and the future.

He gives a thumbs-up to at light operator sitting next to him as he talks into his headset, “Thank you all for a smooth first half. Fifteen-minute intermission.”

As the big curtain hits the stage floor, Jackie runs out to take the baby, who’s just starting to cry, and Berit helps Zip get off stage in the dark. Frank high-fives Tina as she exits and then smothers Ellie in a hug.

“Girl, you are brilliant!”

“You’re just now figuring that out?”

“It went pretty well, huh? I caught the hat clean on the blow off. Yay me. And Nefertiti was right on cue and Havvy waited for the curtain to come down before she started crying.”