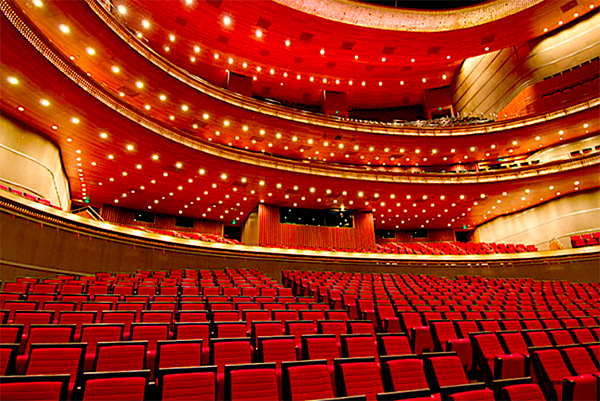 Frank Singer is working the phones. He’s got a lot of catching up to do and only a few days to do it. Much to his surprise, Virginia Barre, with help from an army of Zip’s old friends, has already sold over 500 seats. It took less than two weeks for “Zipporah Abrams, the End of an Era” to go from idea to a hot ticket.

Now it’s up to Frank to make sure there’s a show for all those folks to see. He’d hoped that someone else, maybe Virginia herself or another director in town, would step up. No such luck. He’s committed and he needs five more acts and an emcee by Monday, the deadline for getting the final cast list to the program designer.

Frank hangs up from another “no,” a solo juggling/beatbox act that’s booked on the Tonight Show that week, when the phone rings in his hand. It’s Virginia with bad news – she’s at the Geary Theater and they can’t rig her equipment. It’s against their safety standards.

“Did you tell them you’ve rigged in warehouses and falling down barns and old tents?”

“That’s not the issue, Frank. Remember, the proscenium at the Geary collapsed in the ’89 quake so they are really careful.”

“No aerial acts at all?”

“Well, that saves me a lot of calls.”

“Frank, before you get all sarcastic, I have some good news, too. Ellie wants to perform. She wants you to help her make a brand new clown act with her mom and little Haviva.”

“What? How is it good news that I have to direct an act with a baby and a demented clown while at the same time putting together a full evening of entertainment? In less than a month?”

“Come on, Frank. Ellie has to perform. It’s for her mom. You’ll work it out. You know you love her.” And Virginia hangs up.

Frank is about to shout obscenities into the phone when he hears a key rattle in the front door. Jackie Amarillo walks in carrying a large bag of juggling balls, “Good, you’re making yourself at home. Isn’t that couch comfy? Did you find the coffee? I would have made some for you but I had to go teach an early class and you were out cold.”

“Yep, found the coffee. Thanks, Jackie. And thank you for letting me stay here – I’ll start looking for an apartment as soon as I get this show for Zip under control.”

“Stay as long as you need. I like the company. Now don’t let me stop you making calls; I’m just picking up my unicycle and going over to rehearse with Isabel for Zip’s show. Do I really have to keep my clothes on at the Geary?”

“She’ll like it when we raise a ton of money so her family can keep her at home.”

By lunch time, Frank has booked an acrobatic trio, all ex-students of his, who are flying in from France the day before the show, and wrangled a “strong maybe” from Sparks, a veteran stand-up comic, now a big star in New York, who worked with Zip in the ‘70s. He’s earned his grande lengua burrito and extra-large horchata.

A few days later, “Zipporah Abrams, the End of an Era” is sold out. A nice piece in the San Francisco Chronicle, written by a columnist who’s been a big Zip fan for decades, did the trick. Virginia Barre is now a proud hyphenate, “performer-producer.” To celebrate, she locks herself in the gym for a few days, practicing a new twist on an old corde de lisse move called the Moses Drop.

All weekend Frank’s phone is ringing – the queen of the local comedy scene, Miranda Martinez, wants to emcee, a friend who’s written a play about Zip wants to stage a scene for the show; more acrobats, a few dancers and lots of clowns. Even with a hard-and-fast limit of five minutes per act, Frank has to start saying “no” to acts, good acts, as he tries to keep the show from becoming an all-night affair.

On Monday morning, Sparks calls from New York to say she’ll fly out. She’s the last piece of the puzzle. Frank fits the famous comic into the show order and emails the list to the program designer.

Now he can work out the music with David Carter, the bandleader, and set the flow of light, sound, props and performers with the stage manager. Long experience has taught Frank that a stage manager can make or break a show so he heads over to The Geary.

John Quan is a stocky young man with a long, straight black beard and the calm demeanor of a guy who wrangles actors, directors, designers, carpenters, costumers and electricians for a living. He’s the stage manager for Endgame so he knows The Geary, and Bob Meadows, well.

After a thorough tour – dressing rooms, wing space, the parts of the Endgame set that can’t be moved – Frank starts going through the show.

“Let’s put the band up stage left and the emcee down stage right – that will balance the look.” John takes notes, gets information on the instrumentation and promises to call David Carter to find out what mics they need. “OK, we’ve got the band. How will the show start?”

“With Zip Abrams herself stepping out from the stage right wings.”

“We’ll hit her with a spot as she enters. Will she need a mic?”

“Yeah, probably a good idea. I don’t know how well she’s projecting these days. She’ll come center stage, welcome everyone and then exit.”

“Where is she going to exit – stage right or stage left?”

“Doesn’t matter, I guess, especially if the mic is cordless.”

“Frank, I don’t want to be rude but doesn’t Zip have dementia?” When Frank nods, John continues, “Is she going to remember where to go? I know she’s a total pro but with the crowd and the lights and everything, she might get confused.”

“I guess you’re right. I’ll get one of the clowns to stick with her the whole time, guide her around.”

“Got it. So, Jackie Amarillo will guide Zip off stage, let’s say they’ll go back the way they entered, stage right. Then what? We don’t want Zip wandering around backstage during the show, or on stage for that matter. Can she stay in the green room? Or even go sit in the audience and watch the other acts?”

“The audience won’t work because I’m hoping she’ll do four entrances: at the beginning then right before intermission, at the start the second act and for the finale.”

“That’s pretty ambitious for an actor with dementia. You and Ms. Amarillo are going to have to keep a close eye on her the whole time. I don’t know about you but I’ve never tried to fit a person with dementia into a show.”

Standing on the empty stage, looking out at over a thousand empty seats, Frank starts to realize the enormity of what he’s trying to do. Virginia, Ellie and Frank had decided that there were three fundamental rules for this show: 1) they have to raise a boatload of money, 2) Zip has to have fun and feel the love of the crowd and 3) the audience has to see Zip at her best. Frank secretly wants Zip to do so well that the audience starts wondering if she really has dementia, that maybe this whole benefit is a scam. Those three rules all seemed doable until now, when he has to explain the show to his stage manager. Five minutes in and it’s already falling apart.

Frank thinks, why me? Why do I have to direct a show with a star who can’t remember anything?

“Frank, did you make a decision about where Zip should be when she’s not on stage? I don’t mean to rush you but this show list is pretty long and the Endgame crew starts setting up in less than an hour.”

“I don’t know, John. I just don’t know. If she’s backstage, I’m sure she’ll wander out in the middle of an act; if she’s in the audience, we’ll never get her all the way backstage before her next cue without making a big fuss.”

“OK, I might be able to help with that. These seats over here…” John walks down the stairs that lead to the main aisle and turns left into a loge box with four chairs. “If she sits right here, Ms. Amarillo can lead her back on stage from the audience, the way I just came, or by going to the wings through this door right behind the box.” John opens the door, Frank follows him into the wings and around on to the stage.

Silently, Frank walks through the audience again, sits in one of the chairs then retraces his steps back to the stage, then back to the loge box, then through the door to the wings and out on stage again. He stands staring out at the seats for a full five minutes. John Quan is a few feet upstage of him, quietly looking over his notes. He knows that this is not the time to talk.

“John, I’ve been thinking about this show all wrong.”

“We can’t make a show and then try to fit Zip into it. That’ll never work and it will make Zip look bad, like she’s a problem. She’s not a problem, she our star. We need to make a show for Zip, a show built around a clown with dementia and ALS, and get everyone else to adjust to her.”

Frank Singer and John Quan finish going through the show order before the first technicians arrive to prep the evening performance. Once Frank got clear on the concept, John could sketch out the logistics in real time as Frank quickly walked through every entrance and exit, playing every part. Occasionally, Frank would shout, “Zip might walk on stage here, so we’ll adjust.” And John would write “Potential Zip Moment” in his notes.