Chapter 54
The End of an Era 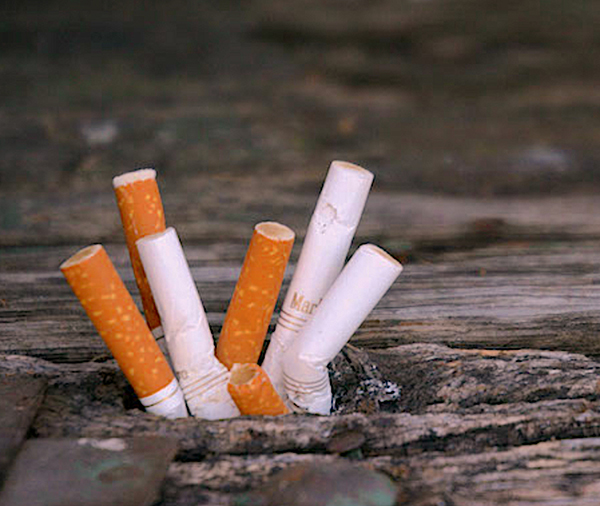 Back on the street in front of Ellie’s flat, Virginia accepts Frank’s offer to drop her at BART on his way to the Bay Bridge. They drive in silence. About a block from the station, Virginia says, “So, we’re going to need a big theater and some star power to fill it.” Her voice catches Frank off guard. He was well on his way to convincing himself it is someone else’s turn to help Ellie and Zip and the baby. He swerves into a bus stop and looks over at Virginia.

“What the hell are you talking about? You heard Ellie – Zip’s got insurance and, if they win the lawsuit with Whole Foods they’ll be rolling in dough.” He looks out the windshield, “There is no way on god’s green earth I’m doing another benefit. No fucking way!”

Virginia Barre has never heard Frank Singer yell, certainly not at her. She’s surprised at how calm she is, looking out at the street life on Market and Eighth. “Ellie was your student and Zip was your teacher. They’re friends, family really, to both of us, and they need us. Right now.” She turns to stare at him, forcing him to look back, “Frank, this is bad. Zip needs serious care, paid 24-hour care, or she’s going to burn out all her friends and family.”

Frank wants to say that he knows a whole lot more than she does about paid 24-hour care and burnout, but he just looks into Virginia’s hard brown eyes. How can she be so clear, so practical? She’s just a kid. He takes a deep breath and turns away. Virginia puts her hand on his shoulder, “It’s been a bad year for the circus, huh? We’ve lost a lot of people. When Zip goes, it will be the end of an era.”

“So our show won’t be a benefit, it will be an ode to 40 years of circus by the Bay. You and me, we’re are going to take this era out in style!”

“Virginia, the thought of another memorial makes me want to puke.”

“Frank, it’s not a memorial – it’s a celebration of Zipporah Abrams’s amazing career with all of her friends on stage and all of her fans in the audience. And Zip herself will be the star!”

Frank says, “What?” just as a Muni bus blasts its horn and Frank has to pull back out into Market Street traffic. He turns right on Eighth and stops in a yellow zone mid-block. “You want to put Zip on stage? You remember she has dementia, right? By the time you get a theater and the performers booked and the publicity out, the ALS might be kicking in big time, too. She’ll be forgetting her lines and shaking like a leaf. Imagine her trying to juggle. You want to embarrass her like that?”

“Nope. I want to do the show while she can still perform. Next month. And she doesn’t have to juggle.”

“Impossible. You’re dreaming. No way we can get a show together that fast.”

In less than a week, Virginia Barre has booked the best theater in town. “Zipporah Abrams, The End of an Era,” will open (and close) Monday night, September 16 at The Geary, American Conservatory Theatre’s gilded palace. Zip was a favorite at A.C.T., the Artistic Director is a personal friend and it just happens that Zip’s old clown partner, Bob Meadows, will be in town playing Hamm in Beckett’s "Endgame" right there at The Geary. Mondays are “dark” so the theater agreed to host the show and Bob agreed to perform. Easy as pie.

Now Virginia has a little less than six weeks to get 1,040 butts in the seats of the hundred-year-old theater and an all-star cast to strut and fret on the stage where Sarah Bernhardt, Clark Gable, Marlene Dietrich, Boris Karloff, and Mae West all plied their trade. Those butts need to pay real money and she has to get them to buy tickets without having to spend a dime on publicity.

Virginia is not a complete novice at producing – like most Bay Area circus performers, she doesn’t just sit back and wait for the phone to ring – but this is the big leagues.

She’s already has some of the cast – Bob Meadows as the headliner, Jackie & Isabel (but not the strip tease since it’s a family show), David Carter and the same band that played Willa’s memorial, Frank Singer and his sometimes clown partner Tina Edgars and, of course, Virginia herself flying high above the stage. And Zip. She’s trying to talk Frank into directing and when he says ‘yes’, she’ll let him pull together the rest of the cast.

So far Frank has said, “Try to find someone else; if no one will do it and if I get everything straightened out with my mother’s estate, ask me again.” She’s not looking for another director; Frank wouldn’t let anyone else direct this show if his mother’s house was on fire.

Zip Abrams is becoming the perfect clown. She was always great – wild and exciting and loud – but now she’s a different kind of clown. A quiet, calm clown. A wide-eyed clown. Stan Laurel, Harpo, Wall-e. She loves everyone, she’s open to anything and she just wants to play. A lot of innocence with a little lust and a yen for cigarette butts.

As the doctors predicted, Zip wanders off a lot. One day Ellie gets a call from the SFPD saying her mother is in Civic Center plaza, four miles from home. “Oh my god, is she OK? She must have walked the whole way there.”

The officer is a veteran of the Tenderloin beat. “Oh, she’s more than OK. She’s got about 30 street people doing some kind of hippy dance and singing Kumbaya. For real, Kum-ba-ya my lord, Kum...”

“Don’t worry, everything’s fine. I haven’t seen these guys this happy in years and if they’re happy, we’re happy, ya know what I mean? And your mom is loving every minute of it. Hell, she tried to kiss my partner and she just rubbed my ass. Did you know your mom’s kinda hot for men in uniform?”

“We’ll take care of her but here’s the thing – as much fun as we’re all having down here, we’re worried cause your mom keeps bumming cigarettes off of the homeless guys and picking butts off the street. There are some nasty bugs she could pick up if she’s not careful.”

Zip is so happy. Her new friends are singing and waving their arms and whenever she does a hot move, like a shimmy or a strut, they laugh and do it with her.

But now the cute policeman is getting a little too friendly. She likes him but she’s not ready to leave. “This is a party, man.” Now the cop takes her butt away. “Hey, that’s my smoke. Please give it back. Puleeese.” She asks politely but he doesn’t give her the cigarette and now he’s grabbing her arm.

“What are you doing?”

Why won’t he answer?

The quiet, calm clown remembers days long ago when policemen grabbed her. Her body remembers those demonstrations more than her mind but her body remembers with every sinew and bone and organ. Her heart pounds, the adrenaline surges and fear tears Zip away from her peaceful self, her perfect clown.

It takes Ellie three hours to calm her mother down after paying her bail.