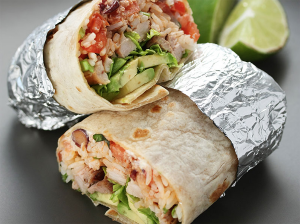 Zip Abrams and Willa Woods are sitting in the breakfast nook digging into a celebratory lunch from Taqueria La Cumbre when Frank comes up the stairs. The good news about Willa’s chemo has left the women giddy but Frank doesn’t notice. He slides onto the bench beside Zip, Willa hands him a still-hot lengua grande and he unwraps the top of the foil covering. He digs in, head down, not saying a word. The women share a puzzled look.

They all eat in silence. When she’s finished most of her burrito, Willa asks, “So, when do the kids start rehearsing Lysistrata?”

Frank chews for a full minute before mumbling, “Never. They’re not doing my play.”

Frank gives them a sanitized version of his confrontation with the drama teacher, making himself sound more like Alan Alda than Jack Nicholson. Willa shakes her head and makes appropriately sympathetic sounds.

Zip says, “So sue him, Frank. Take the little shit to small claims court. Hell, I’ll wear this suit and be your lawyer.” She half stands, wedged between the table and the bench, ‘Your honor, this so-called teacher is not only killing my client, he is killing comedy itself! This is a clear case of comedicide!’”

“Thanks, Zip, but I can’t sue him. There really is a decency clause in the contract. I’m totally screwed.”

Zip sits back down. “Damn. I kinda like that Perry Mason stuff. In my case, maybe it’s Pearly Mason. Or maybe Perry Ann Mason, or…”

Zip goes on while Frank concentrates on getting a few more inches down their burritos. Willa gets full first, wraps the foil around her leftovers and slides out of the nook to put it in the fridge. “He could have just asked you to cut some stuff, like when Lysistrata fondles Lampito’s breasts. Though I have to say, I really like that scene. And it is right there in the Aristophanes’ original.”

“Thank you, Willa. I’m glad you like my play, unlike some asshole teacher who will remain anonymous.”

“Frank, I didn’t say I liked the play, just that scene with the breasts. You’ve got to admit there are some rough patches in the dialogue. ‘Kicking bull butt?’” Frank is clearly hurt. “But you got in breast fondling and for that I love you.” She kisses his cheek and Zip saves the moment, “Is there really breast fondling in your play, Frank? Maybe I’ll buy it.”

“There are ‘erect spears,’ too.” Frank slides out of the nook and balls up his empty foil wrapper. “Twenty five hundred dollars and the fondling and the breasts and the erect spears are all yours. I’ll even cut the bull butt.” His jump shot bounces wide off the wall behind the wastebasket. He curses under his breath and ignores it.

Zip is up now grabbing a wooden spoon in one hand and holding her right breast in the other. She does a wild dance in the middle of the kitchen with the spoon as a phallus. Willa and Frank lean back against the sink and applaud. “You owe me royalties for that dance, Zip. Breasts and spears, that’s my intellectual property.”

“Don’t you dare say I have a bull butt.” They all laugh but the air has gone out of the game. Frank and Willa sit back down as Zip goes to find her bag in the living room. Willa whispers, “I’m sorry about the play. You were really counting on that commission.”

“Yeah, I was. Couldn’t work much when my mom was dying.”

Zip comes back into the kitchen, picks Frank’s foil ball up off the floor and throws it to him. “Did you book a bunch of Christmas corporates?” Frank shoots again, misses again. “Frank, I know you’re not making money playing b-ball.” Zip picks up the foil ball and slam dunks it into the trash.

“Barbara Blackwell’s got me humping my stilt-walking Ballerina character all over the Bay this year so we’ll be working a bunch corporates together.”

Zip leans over to kiss Willa. “I’m off to rehearsal. Love you, girl.” She gives Frank a quick hug, says, “I still say sue the bastard. Comedicide!” and she runs down the stairs.

Chapter 27
On the Road Again

The flat gets still and quiet, which often happens when Ziporrah Abrams leaves. Frank and Willa move to the comfy chairs in the living room and sit staring out the windows for a while. Frank is trying to figure out how to tell his roommate he’s leaving her for half a year; Willa is trying to figure out how they’ll pay December’s rent now that Frank has lost his commission. Finally, she says, “You’re not working corporates for Barbara Blackwell this season at all, are you?”

“What are you doing for money?”

“A circus gig. Pays well but the first check won’t come until right after New Years. The estate lawyer says I can sell Magda’s house in March, April at the latest, and even after I pay off the mortgage and the lawyer and all of Magda’s other stuff, and the hunk of change I owe Berit, I should have some money left over.”

Frank looks at his friend’s bald head and tired eyes. He wants to lie but instead he says, “Cirque du Soleil. Like I said, it pays well.”

“Wow! Cool. In Vegas? I could come see it between chemo courses, if you’re on the show that long.”

“Six month contract. But not in Vegas.”

“Paris.” Willa doesn’t say anything. “France.” Silence. “And then Amsterdam, I think.”

Willa is quiet for another moment, then says, “I didn’t know you were up for a big time European tour. Why didn’t you say anything?”

Frank wants to tell Willa he’s sorry, tell her he wouldn’t have agreed to go if she was back in the hospital. He wants to say he’ll come home the moment she needs him but he’s not sure that’s true.

Willa says, “You booked the Cirque gig right after you lost the commission.” Not an accusation, not an absolution, just a statement of fact.

Frank can’t look at her. He mumbles something about how good she’s been doing, how he would have mentioned the Cirque tour if he thought…

“They’ll love you in Paris, Frank.”

Frank knows Willa is hurt but she is also, as always, practical. He is, too. When he starts getting paid, he’ll hire home health aides for Willa, nurses if she needs them. He will be a good friend, even from way off in Europe.

A few minutes go by, quietly, then Willa says, “You’ll be making good money soon but we still have pay December’s rent now.”

“Frank, I love you and all but I’ve got Jackie and Zip and Virginia and a bunch of my ex-students who are great about helping out. If needs be, my brother can come out for a while. Besides, the whole ‘Willa is dying’ thing is old news. Dr. Sands says my numbers look good and the tumor has stopped growing. Third chemo’s a charm.”

“Third chemo’s a charm! Damn, that’s great news!” Frank jumps up and gives Willa a big, squeezing hug. She says, “Ease up or you’ll send me back to the ER.”

“Frank, don’t tie yourself in knots. You did what you had to do – you booked a good gig. Look, we just lost Hetty and you just lost your mom. Get out of town, get away from death and cancer and estate lawyers and do us all proud on the Continent.”

Frank sits down. The fear and shame pour out of his body. He feels light. His torso floats upward like it used to at the end of a long rehearsal, back when he was an acrobat, and his partners finally jumped down off his shoulders. Air swells his lungs. Then, as often happens when he’s happy these days, the rip tide of grief pulls him back to his mother’s bedside.

He stands up – his body needs to move, to run away from his heartache.

Willa says, “We still have figure out December’s rent.” Frank doesn’t hear her and starts walking away. “Seriously, Frank. My savings are getting low and disability checks alone just don’t make it here in the big city. I’ll kill you if I get evicted while you’re running around on the continent.” The acid in her voice stops Frank. “I’ll figure it out, Willa.” He turns to look at her and sees that she’s really scared. He sits back down. “It’ll work out, don’t worry.”

“I’ll get an advance from Cirque or from Magda’s estate or maybe borrow from Zip. You’re going to get well and I’ll go make a truckload of Euros and we’ll be OK. I promise I’ll give you my half of the rent before I leave on the fourteenth. Promise.”

“Frank, if you wait two weeks to pay George, he’ll start eviction proceedings. You know his motto, ‘You pay on time, we’re all fine; rent is late, that’s what I hate.’”