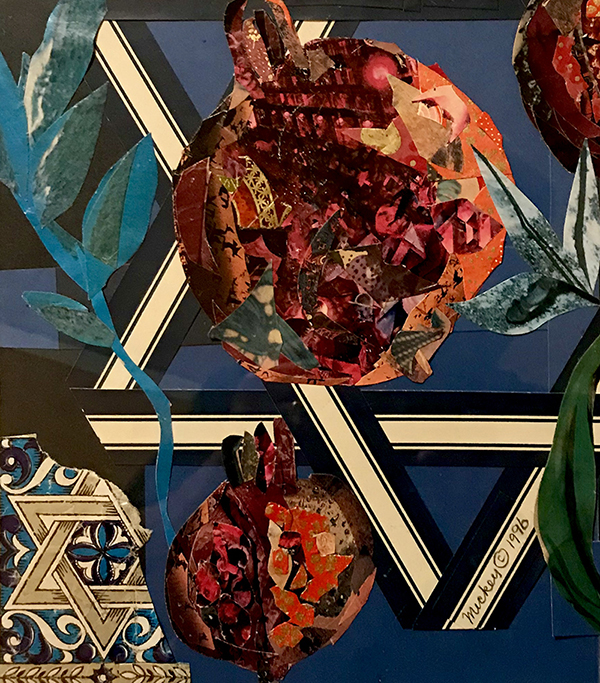 The next morning the body is gone, taken away to be cremated. Berit and Frank sit on two black wooden chairs facing each other in Magda’s living room. They are quiet for a few minutes. Frank wants to fill the silence but can’t think of anything to say. His mind wanders and then, every once in a while, he feels tears dripping off his cheeks. Neither of them talk.

After an hour, Berit stands up, goes into the kitchen to start packing dishes and pans and silverware. Frank joins her for a few minutes before saying, “I have to go to a meeting. Out in the Sunset. A high school drama teacher. He might want to commission a play.” Berit nods and keeps packing. Frank hands her a few more plates before scurrying out of the house.

After a few minutes of chitchat, the drama teacher hands Frank a sheaf of papers to sign, sealing the deal on a commission for a 55-minute version of a classic Greek comedy that will start rehearsing in a month. Frank gets to choose the specific play.

Driving home, singing a snippet of “Comedy Tonight,” Frank feels like himself for the first time in weeks. He’s relieved that his mother is finally dead and immediately he’s mortified at being relieved. Grief and shame start to wash over him, his vision blurs and he looks for a place to pull over. Instead, Frank does what he does best – keeps working. He focuses on his new commission. Only a month to get it done. What play should he choose? Something he knows well since he’ll be writing fast.

As he guides the Datsun into his neighborhood, Frank goes through the Greek playwrights he can remember – Menander (but what plays did he write?), Euripides (no, he wrote tragedy and Frank needs a comedy), Sophocles (tragedy, again, and all those messy family issues. Not what Frank wants to dive into right now), Aeschylus (can’t even pronounce his name), Aristophanes…Aristophanes. OK, there’s an idea. Wrote a lot of plays. Comedies. His name is easy to pronounce. Yes, Aristophanes, he’ll go with Aristophanes. The guy was funny and political and outrageous – very modern. Good. Now which Aristophanes play to choose?

A Toyota Camry pulls out of a parking place and Frank squeezes the Datsun into the spot only two blocks from his flat. What luck! Walking home, still keeping feelings at bay by ruminating about his commission, Frank finds his play. Lysistrata. Perfect! Lysistrata is, was, Magda’s favorite play. She even named a long-haired calico after the title character (the cat was soon called “Lyssie”). Frank will adapt Lysistrata in his Magda’s memory. This commission was meant to be – his mother dies and, voila!, Frank gets to honor her by writing a play about a strong, articulate anti-war activist who leads the women of Athens in a sex strike.

A sex strike. Sex. The play is definitely about sex. Is that OK for high school actors? Of course it is – sex is all they think about. And it works for Frank, too. He has his hands full of strong, articulate women but his life is devoid of sex. Now at least he can write about sex.

A few more days of sitting shiva and the silence is broken. Frank and Berit are talking about Magda and their lives and their families and grief and things that Frank hasn’t told anyone, ever. Berit tells him about coming to Berkeley from a small town outside of Oslo, of struggling to fit in with her classmates at the university and then, finally, discovering the local lesbian community. Frank tells her about his scattered family and the family he’s created and how they’re dying off too young and his career has stalled and his love life is a desert and kvetch, kvech, kvech.

They get into a groove – shiva from 9am to 10am, packing for a few hours before Berit goes home and Frank heads back across the Bay to deal with his duties as the last of the Singer clan and his power of attorney for Willa’s healthcare while simultaneously trying to make a living -- corporate parties, a few auditions, some teaching gigs and now, a play commission.

By the time Frank and Berit finish their week of shiva, Willa’s second chemo has kicked in, creating a plague of side effects without putting the slightest crimp in the cancer. Dr. Courtney Sands decides to give Willa’s body a break while she and the other doctors search for the next drug, the next life-saver. Willa spends a lot of time in bed.

Jackie comes over most evenings, sorting meds, singing show tunes, vacuuming naked and leaving right after Willa falls asleep. When Jackie closes the front door and the house gets quiet, Frank takes his laptop to the desk in the corner of their living room and disappears into ancient Athens. He lives inside of Lysistrata and her voluptuous, sex-starved army for peace. Scene by scene, line by line, he edits and adapts the ancient satire into words that he thinks will fit in the mouths of modern teens.

O tender Eros, some flush of beauty I pray you devise
To flash on our bosoms and rosily gleam on our valorous thighs!

Did Aristophanes really use a Greek word as prissy as “bosoms?” Maybe it got cleaned up in translation. Well, time to un-clean it.

The words “head” and “love” are too far apart in the sentence, too easy to miss the image.

“So every soldier's loving head will grow…”

Bristle the earth to the pillared horizon, pointing in vain to the heavens above.

“With lust for flesh, with pointed spears erect…”

Then they will give us our title--Peace-makers.

Aristophanes, my man, you’re losing the thrust of this play.

“…No peace, no piece. Your war will kill your sex.”

Now that’s some dialogue a bunch of randy teens can sink their teeth, and other organs, into.