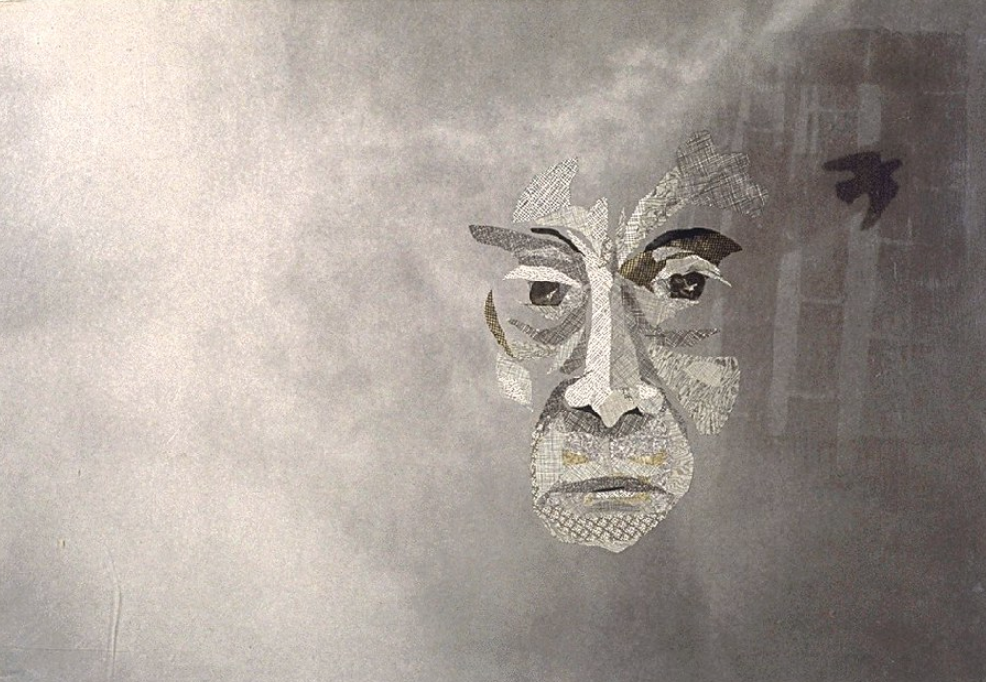 Magda Singer hasn’t eaten for two weeks. The hunger is long gone but so is the joy of making a decision, of taking her life into her own hands. Oh, those first few days felt so good – flying high with nothing to weigh her down! Making her own future instead of waiting for hospitals and needles and nasty doctors. Making her own death.

But that was fourteen days ago and she’s still alive. Dying is boring, long and boring. Why isn’t Frank here, all the time, making her laugh and sharing his deepest thoughts? He’s a good son but…

As she tries to sit up, her hand slips on the pillow. Why is her body holding on so long? Why hasn’t it just shut down, closed up shop? Her body hasn’t been right for years, with all the allergies and the back pain and bad eyes and kvetch, kvetch, kvetch. That is why she decided to die – she couldn’t stand hearing herself kvetch any more. A joke but true, too. And there isn’t anyone left to kvetch to, except Frank and now Berit and these other women who keep appearing and disappearing like dybbuks. Her life shrunk down so small it strangled her. The only thing that kept her going was painting and then that got so hard – arthritis, cataracts – and she got even kvetchier.

Her body used to be good – tall and strong, dancing to Benny Goodman and Glenn Miller and Gene Krupa’s pounding beat. That was good. Teaching at Arthur Murray, learning to lead and follow at the same time, feeling strong arms around her. She had a look, too, with those padded shoulders and pillbox hats. Even after the boys were born and Bobby died and she went back to school and they tried to get rid of her because she was over 40 and wouldn’t make the department proud, even then her body was good and her mind was sharp and she showed them, she showed them!

But then she started to decay. First a little pain, a few days in bed and then, in almost no time, she couldn’t walk out the door without being sick for weeks. Now her body’s done. It’s been done. So why the hell is it holding on so tight when it’s time to give up the ghost? Good peasant stock, Russian Jewish peasant genes, that’s why. Of course, there are those stuck-up German Jewish genes in there too, genes of the Jews who first called Russian Jews “kikes,” Jews who coined the worst slur you can say to a Jew. Her Grandfather, a German Jew, made her Russian grandma’s life so small. Her grandfather, the doctor, with his seven languages and hands and…and…she calls for her attendant, anything to stop from going back to him.

“She’ll be here in a few hours – she only works nights. Let me help you with that pillow and --”

Willa gets out of the hospital and within a week she’s back to work. She has to get busy, get her affairs in order. She has to plan her convalescence and, it is looking increasingly likely, she will have to plan her death. The side effects of the first new chemo Dr. Sands prescribed would have killed her before the cancer had a chance; the current chemo doesn’t seem to be doing much of anything, certainly not killing her cancer.

Sitting in her bed, propped up by a pile of pillows, Willa Woods directs her greatest, and possibly last, production: Jackie Armarillo is her stage manager, creating medication schedules, visiting rotations and making doctors’ appointments; Frank is her dramaturge, getting all the documents in order – bank accounts, living trust, powers of attorney. Zip Abrams is her actor, assistant director and dog wrangler all in one. Every day, Zip takes Lulu, her dog, and Willa for a walk. Sometimes they just go down the front stairs and then back up, sometimes they go the two blocks to Mission Street so they can feel the pulse of the city. On really good days, they get in Zip’s car and drive to Ocean Beach, Lulu’s nose out of one window and Willa’s out the other.

Willa wants to donate her body to science and decides she will make those arrangements herself. Not a task to delegate. After a couple of weeks of calls and emails, she’s convinces the University of California San Francisco to take her body, when the time comes, so it can be dissected by their medical students. A few days later, she’s got all the logistics worked out to donate her brain to the Harvard Brain Tissue Resource Center, the best place in the country to send a brain that, when it was still alive, had serious psychiatric disorders.

Late at night, when she’s too tired to plan or direct or organize, and too tired to hold back the fear, Willa thinks of Magda dying on the other side of the Bay. She won’t go visit. She feels horrible but she’s too scared to see death that close, not now. Magda has become Willa’s portrait of Dorian Grey; if she doesn’t look at Magda, Willa might live forever. Willa is scared, flat out scared. And Willa isn’t used to running from fear. Fear was her friend. It gave her the focus she needed to swing thirty feet in the air. But this fear is different. Death is different.

Willa’s not a crying person but her eyes get hot and she gasps for air; the blankets bear down on her chest. How can it be that she loved death so much, dreamed of death, the great escape, and now death scares the shit out of her?

“Cut the crap, Woods. Focus. You’re going to shuffle off this mortal coil with a bit of class and style, not with a whimper and a whine.”

Sleep usually comes but it’s fitful, shallow. Most days Willa is up before dawn, drinking tea in the breakfast nook and trying to read a day-old Chronicle. One morning the phone rings at six thirty. Willa jumps at the sound, spilling hot tea on her hand. She grabs the kitchen phone with her other hand on the way to the sink to put the burn under a cold tap. It’s Berit, calling from Magda’s house.

Willa listens for a minute, says, “Thanks for letting me know, I’ll tell Frank” and hangs up. She stands at the sink letting the water run for a long time. She waits for grief to overtake the calm she feels, the openness in her chest. She thinks of Magda in the good times, showing Willa dozens of new paintings, talking trash about Berkeley politics and gossiping about her son. Willa smiles and the tears finally come.

When she’s pulled herself back together, she goes to wake up Frank.