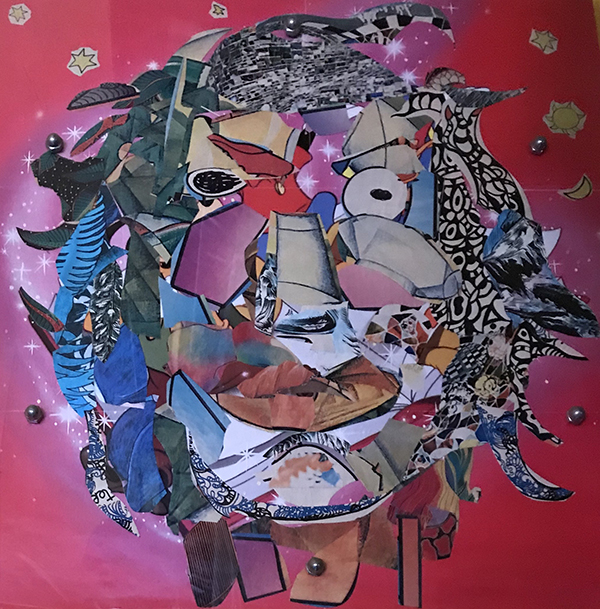 An hour later, Frank jogs to the BART station. It takes him three tries to get the machine to print him a ticket and then he finds himself standing on the eastbound platform when his westbound San Francisco train arrives and leaves without him. He switches sides and waits another 20 minutes. He’s lost in the midst of a routine he’s done hundreds of times.

The seven-minute ride through the Transbay Tube, quiet except for the metal wheels shrieking against the tracks, gives Frank time to think and possibly feel, exactly what he doesn’t want to do. Instead, he goes over the logistics of his next week – daily meetings with Nan Stein and “the team,” sitting at his mother’s bedside sharing long-hidden secrets and meaningful silences, cancelling work that he desperately needs.

Off at 24th Street station, running the five blocks to the flat he shares with Willa Woods. He’s winded by the time he gets up the stairs.

“Frank? You’re a chicken shit, you know. Walking out of the doctor’s office like that. My god. Lucky for you it worked out with Dr. Sands.”

“Good, I’m glad it worked out. And I’m not a chicken shit. I had to visit my mom. I told you. It was important.”

Frank pours two glasses of water out of the fridge and slides into the breakfast nook, a four-person built-in booth, ala Denny’s but with unpadded wooden seats and less legroom. He hands one glass to Willa, who is coughing. She sips before she can talk. “In any case, I start a new chemo soon.”

“Great. And you stay on your psycho meds, right?”

Frank finishes the water in one gulp and gets up to pour another. Willa says, “You look terrible. Hard day at mom’s?”

Frank wants to tell her the whole story, to get her pity and support. He wants to say, “Oh, no, it was easy at my mom’s. Piece of cake. The woman from Compassion and Choices brought along the latest in suicide drugs, the social worker says I need to arrange twenty-four hour care, at $25 an hour, starting tomorrow, and Magda wants an art auction instead of a funeral. Can you fucking believe that?”

But he doesn’t say anything. He pretends it’s because he’s too good of a friend to burden Willa with his family troubles when she’s battling cancer. But the shame he’s feeling – whose mother just stops eating? – is what’s keeping his mouth shut.

He pushes the buzzer at the top of the stairs and Ziporrah Abrams steps through the street door wearing a sequined ballerina outfit from the waist up – her legs and feet are bare.

“Throw me down your car keys so I can put my stilts in your trunk. You’re driving to the gig, right?”

“Sure. But we don’t need to leave for a half hour.”

“Yeah, I know. I brought presents for you and Willa. Throw me the damn keys before my legs freeze.”

Frank throws the keys and goes to his room to pack his costume and equipment. When he gets back to the kitchen, Willa and Zip are sitting in the breakfast nook peeling back the foil on their Mission burritos, revealing a few inches of the giant tortilla-wrapped cylinders.

“There’s one for you, too.” Zip says through half chewed carne asada. “It’s your favorite – lengua.” Zip swallows then sticks out her tongue like Gene Simmons at a KISS concert.

The kitchen is quiet for the next few minutes with only the sound of chewing and an occasional moan of happiness. Willa stops first and puts down her half-eaten burrito. “That’s enough. Zip, you’re the best, but now I need to go recycle some of your present.” She coughs and stands up, “Have a good gig, make lots of money and pick up a cure for cancer on your way home.”

Zip moves to help her but Willa brushes her off. “I’m good. You go be brilliant.” And Willa walks down the hall to the bathroom.

On the way to Golden Gate Park, in the passenger seat of Frank Singer’s Datsun, Ziporrah Abrams tries to get her mind off Willa Woods. Willa’s frailty freaks her out. Zip has always been strong, starting when she worked on the docks and then as an acrobat and, in the last few years, doing martial arts. She loves how it feels to get tired to the core. Willa used to be that way too. Probably still is, inside, but now her body is weak. Weakness scares Zip; weakness in body and in mind. What Zip doesn’t tell anyone is that her own strength comes from compulsion, from the need to move and sweat every day or risk falling into her own version of Willa’s dark hole. Depression is held at bay by sit-ups, kicks, katas, handstands and tonight, by walking on stilts for two hours.

Everyone kvetches about corporate parties and Zip kvetches the loudest and with the most political spin – “capitalist pigs treating us like trained monkeys.” But she secretly loves the work. Of course it pays the rent, but it also gives her a chance to ridicule hundreds of Suits and make them love it. The cherry on top is that she gets to take her Crazy Lady character out for a spin, an on-going improvisation while walking on three-foot tall stilts, trying out lines and whole routines she can later use on stage.

Frank parks behind the Academy of Sciences Museum, they schlep their equipment through the back door and into a small office turned green room. Frank leaves to find a men’s room to change in while Zip pulls her long white hair up in a bun and straps on her stilts. A huge man dressed as a pirate, complete with a real parrot on his shoulder, helps Zip stand up. She takes the opportunity to playfully press his face into her sequined top, sending the parrot into hysterics.

“Careful. You don’t want Morgana here to get jealous.”

“Not to worry, Blackbeard. I was just enjoying your joie de vivre. Nothing to get your feathers all ruffled about.”

The parrot lunges at Zip’s face, the pirate grabs the bird’s legs and Zip strides out of the room laughing, ready to greet the early arrivals. Her stilts look like three-foot tall toe shoes so the full effect is a Yao Ming-sized ballerina with 48 EEEEEEE feet.

Frank Singer’s costume for the evening is a off-one-shoulder caveman number made of fake leopard skin with matching size 18 elf shoes and a tri-cornered leopard print jester’s cap. There is a little bell sewn onto the end of each corner so he jingles when he walks. His only props are plastic dinosaur bones and a burrito-sized rock. The Neanderthal Party Clown is a big hit at any event with an open bar.

After the party hits its stride, Frank wanders through the museum juggling three or four plastic bones until a crowd gathers. Then the bones go into his faux leopard skin man-purse and out comes the rock.

“I can turn this rock into any animal you name. I know, amazing. Some of the younger clowns...” He pretends to spit, “the more ‘evolved’ clowns,” another spit, “the Homo Sapien clowns, are starting to use balloons,” a final spit. “They have no skill, no craft, no sense of history, no tradition. Tradition!” After a few bars of the Fiddler on the Roof classic, Frank says, “Name an animal, any animal.”

Whatever the well-lubricated guests say - dog, giraffe, saber-toothed tiger - Frank wiggles the rock and barks or growls or, in the case of a giraffe, just holds it vertically. They always applaud and name another animal. Frank plays this game for a few minutes and then goes to his big finale, the snake, slithering the rock towards the guests while flicking his tongue. They cheer, he pulls out the bones and juggles his way to the next group of sloshed middle managers.

Even Frank doesn’t understand why they love this so much and why Barbara Blackwell, his agent for corporate parties, pays him $250/hour to play a character he wouldn’t be caught dead doing in any theater in the world. He’s pretty sure that Cirque du Soleil won’t hire him if they saw him now and he prays he’ll never have to do this again when he has “Cirque” on his resume.

Tonight, after visits to the oncologist and his mother, he’d rather be anywhere but here, selling his last thin thread of joy to corporate America. On the other hand, working has always been where Frank goes when things get tough and tonight is a tough night.

As the party rolls into its second hour and the band starts its first set, Frank looks for the wallflowers, the abandoned “plus ones”, the dweebs, the introverts. He figures that the party animals have all paired off to dance, talk shop, gossip or have sex among the stuffed Animals of the African Plains. It’s the others who need his attention - the sad, the lost, the scared. Tonight, these are his people.

Since Zip/Ballerina was the first out on the floor, her shift is over by the third song. Back in the green room, she finds Pizza My Heart, a busty operatic soprano who works the corporate circuit in a low-cut, frilly white blouse, short red patterned skirt and a giant foam pepperoni pizza strapped to her left arm. Zip says, “Hey, girl. You sound good tonight.”

Pizza purrs, “Thank you, cara mio. You’re not so bad yourself” before helping Zip down into a chair and unstrapping one of her stilts. Zip takes Pizza’s hands in her own, gets very serious and says, “Thank you.” Pizza gets a little ruffled, says, “You’re welcome” and starts to stand up but Zip doesn’t let go. “I’m serious. Thank you.”

“Prego, prego. Gotta go.” Pizza sings as she pulls away from Zip. “Time for another round of That’s Amore. Ciao ciao!”

As Pizza My Heart races back to the party, Zip stuffs her stilts in their duffel bag, grabs an Evian from the refreshment table and checks her phone. Five missed calls, all from the same number. She hits “call back,” waits out the rings and hears “Hi, you’ve reached Jackie Amarillo’s cell…”

Ziporrah Abrams jumps up and runs back to the party, barelegged and three feet shorter than when the clients last saw her. “Frank! Frank! Something’s happened to Willa!”