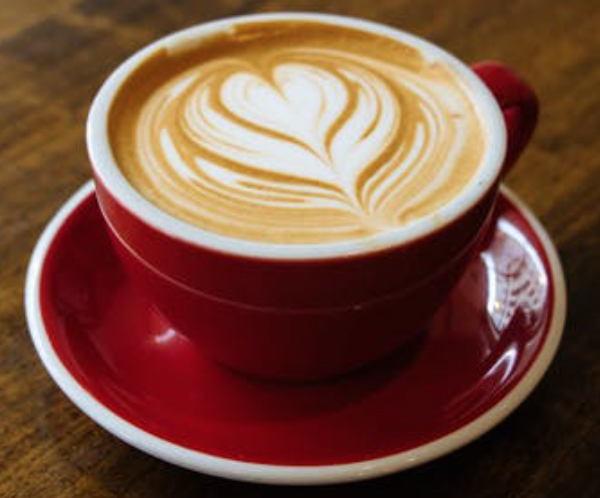 “Frontal Lobe Dementia and Lou Gehrig’s Disease! She’s got both!”

Ellie Abrams is sitting in a Mission District cafe with Frank Singer and Virginia Barre. They’ve been exchanging pleasantries for a long time, carefully sipping their fancy cappuccinos and avoiding the subject at hand. Now Ellie has finally blurted it out. Frank and Virginia say, “Oh my god” and “Ellie, I’m so sorry” but once the horrible, unthinkable truth’s been told, Ellie can’t stop talking.

“The doc says they sometimes go together, this kind of dementia and ALS. Sick body, sick brain. I didn’t even know they were doing the tests for ALS – maybe they told me but I was probably fussing with the baby. We went in yesterday for the results and he said ‘ALS.’ I couldn’t even process it. I didn’t see it coming. How could she have ALS? My mom can hold a handstand for five minutes! OK, she uses the wall now but she’s almost 70. She’s in amazing shape. You know that.”

Virginia nods. “Your mom is amazing.” Virginia was a sixteen-year old apprentice when she first met Zip and Ellie, a shy little kid hiding behind her famous mother. They came backstage after watching a show. Virginia remembers feeling a pang of jealousy – Ellie’s mother was so alive and Virginia’s mother was dying – and then feeling bad that she would put that on an eight year old.

“Your mom is amazing, Ellie. She’ll always be amazing.”

“Not always. They say she’s pretty far along, that she’s got ALS symptoms we’ve been ignoring, like tripping and falling through that plate glass window. Talk about ignoring symptoms! Is it normal for your mom to dance with homeless guys? Well, kinda, if she’s a clown. How am I supposed to tell the difference between clowning and dementia?”

Frank says, “We all missed it, Ellie, until very recently.”

Virginia tries to imagine Ellie’s life – she’s the age Virginia was when the young aerialist got her first big break, touring the country and hearing the tent echo with applause and gospel music every night. All Ellie hears is her baby crying, her mother’s crazy rants and her ex-husband telling her why he can’t pay child support. Virginia’s not jealous of Ellie now.

Frank says, “None of us wanted to see it, Ellie. I didn’t notice anything until Zip forgot her lines at Willa’s memorial and then when she got hurt at Whole Foods, of course.”

“Oh, don’t get me started with Whole Foods; they’re trying to make us pay for the window and my dad wants to sue them for something, maybe negligence for having cute homeless guys right out front where clumsy, demented clowns can accidentally dance with them.”

Virginia and Frank try to smile while Ellie charges on, “And you know what’s the kicker – it’s genetic! This whole ALS/dementia thing comes from a mutated gene, which means me and Havvy might have it, too.” Thinking of her baby makes Ellie take a quick look at her watch. “Oh, shit. My roommate has to leave in 20 minutes. I gotta get home soon. Havvy’s asleep and Mom’s at Jackie’s place, thank god, which is the only reason I could meet you…thank you, by the way, for coming. I’m pretty freaked out. I guess you can tell. They say Mom can’t be alone, she’ll wander off and get herself hurt or, or...” Ellie starts crying. “I’m sorry. Clowns aren’t supposed to cry.” Virginia puts her arm around Ellie.

“Come on, Ellie. You gotta cry. You’ve got a baby to take care of and now they’re saying your mom needs you all the time, too. There’s nothing funny about that.”

Virginia holds the younger woman, feeling her ragged breath and racing heart. Virginia feels mature for a change, the wise old owl. She knows what Ellie’s going through; she knows what it’s like to watch your mother die. She looks at Frank – his elastic face is saggy and old, his strong shoulders are slumped. This is Virginia’s moment to stop being a kid, to take care of the people who shaped her life, the family she came back from Europe to be with. She needs to start doing the things the old stars do when they’re not on stage. “Ellie, you’re going to need help with your mom. That’s the only way.”

A huge sob bursts out of Ellie’s mouth as Virginia grips her with two strong arms, “How can I get help? You all have to work and we don’t have any money. My dad’s got his longshoreman’s retirement but that won’t cut it. We’re just lucky mom’s got health insurance through Actors Equity.” She burrows into Virginia’s arms.

Frank looks at his friends. They’re too young for this kind of pain. Ellie should be out with a circus making people laugh, and Virginia should be back in Germany in a cozy spiegel tent, thrilling rich Bürgers and inspiring young Frauen to fly. And he should be at his realtor’s office going over the new offers for Magda’s house.

Virginia says, “Let’s get you home before the baby wakes up,” and half lifts Ellie out of her chair so Frank and Virginia can walk with her seven blocks home.