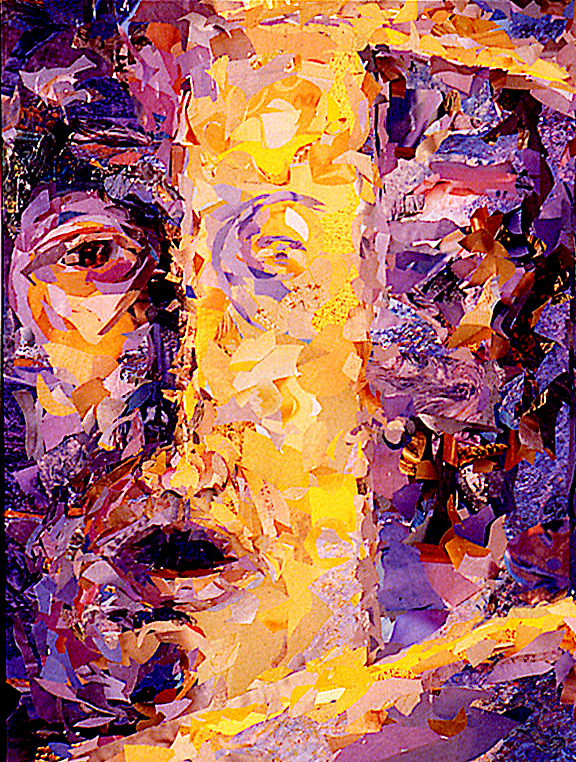 It’s after midnight when Frank dumps his duffel bag full of juggling clubs on the floor. The sound echoes off the empty walls of Magda’s living room. He takes his costume and clown shoes into the bedroom, which is bare except for a mattress on the floor under the window. An old lamp, a couple of books and an empty wine glass full of earplugs are nestled near the pillow.

Frank hangs up his costume in the closet and changes into some old jogging shorts and a tee shirt. He goes to the bathroom to wash the sweat and remnants of make-up off his face. He brushes his teeth, walks back into the living room, picks up the duffel and takes it into Magda’s old painting studio, a converted back porch.

Everything he owns is in that studio. His life is crammed into stacked boxes and laundry bags or tossed on the floor, just the way he unloaded them from the U-Haul six weeks ago.

Frank hasn’t worked since he got back from Europe, lost his home and decided to camp in Magda’s old Berkeley house until he sells it. He hasn’t tried to sell it. He hasn’t seen anyone or gone into San Francisco except for rehearsals for Willa’s memorial. His friends have called and called, inviting him to shows, to coffee, to meet a woman they’re sure he’ll like. He’s always busy.

Mostly he haunts the U.C. Berkeley campus like he did as a kid, walking along Strawberry Creek, riding the elevator to the top of the Campanile and visiting obscure little museums. His favorite has always been the Department of Public Health’s collection of “objects that have caused death by choking,” mainly peanuts but a few odd ones like buttons and mints, each in its own little glass vial with a yellowing label.

He goes to the original Peet’s for rich coffee and across the street to Saul’s for knishes and whitefish spread on everything bagels. He walks up and down Telegraph Ave.

He hates going home, climbing the stairs and opening the door, still decorated with a piece of ornate copper siding, now tinted green, that his mother found at Urban Ore a decade ago. He hates the sound of his footfall as he walks the empty house and hates, hates, hates sleeping in that room, under that window. He hates seeing the overgrown bamboo and the crumbling sculpture garden in the backyard.

Frank pulls himself together and walks into the kitchen, drinks some milk out of the carton and then goes to brush his teeth again. He lies down on the mattress.

Now that Willa’s memorial show is over, he really needs to get busy. He’s got to sell the house. Soon. He’s almost broke, with a mortgage to pay and lots of Magda’s old bills and the estate lawyer and Berit. Tomorrow he’ll find a real estate agent. Shouldn’t be hard – Berkeley is a hot market and Magda’s house is between two BART stations, a short walk to downtown. Sure, the place is old and it’s going to need some repairs but the sale should still clear him enough so he can pay everyone off, rent a little apartment in the Mission and buy himself a couple of months to reorient.

Jackie Amarillo is waiting in line at the Mission National Bank. She usually enjoys the solid bank-ness of the place — all Greek columns and dark wood desks — but today she feels pathetic. She’s depositing a pitifully small check from an after-school program that hired her for one day to teach rowdy fifth graders to ride unicycles. Jackie’s not working much these days. She was too busy caring for Willa to hustle for performing gigs and the substitutes she got to cover her teaching jobs have all elbowed her out. Dog walking is keeping her from hitting rock bottom.

Jackie deposits the check, takes the receipt and turns to leave the bank. She looks up and sees Willa Woods walking past the big glass windows that face Sixteenth Street.

Jackie almost knocks over an old man in a brown beret as she races out the door. On the sidewalk, she yells, “Willa!” again and the woman turns around.

She isn’t Willa. Not even close.

The woman turns back and walks quickly away, toward Valencia Street. Jackie leans over, putting her hands on her knees, breathing hard. Teardrops stain the sidewalk. Of course it wasn’t Willa. Willa is dead. Willa has been dead. But that woman looked just like Willa through the window. She moved like Willa. Just like Willa.

People walk around Jackie, giving her a wide berth — no need to get involved with crazy people.

Jackie is haunted by the woman she loves. She sees Willa every day, in a café, on the street, on the TV news. She hears Willa’s voice on the radio, at the grocery store, in the dog park. And every time she is sure it’s Willa. Every time. And then it’s not. And her heart breaks again. Every time.