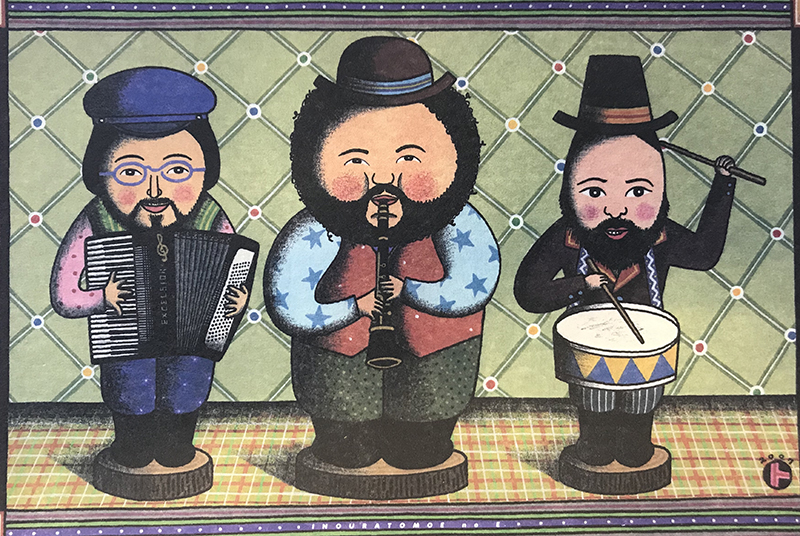 Brisbane is a little hillside town just north of the airport, so small that Frank can find the police station without a map. He brings the half-filled box into the empty station, finds the DIY drug drop and pours the contents into the one-way shoot; drugs go in, drugs can’t come out. As he heads for the door to get the second box, he sees a sign, “Absolutely No Controlled Substances.” Damn.

He drives the Datsun around the corner, parks between streetlights and moves the second box to the passenger seat. For the next half hour, Frank scratched the labels off all the bottles of narcotics so they can’t trace them back to their address…his address.

His heart is racy for the second drug drop but he makes the dump and gets back to the car without seeing another soul. Two empty boxes and a pile of torn labels is all that’s left of Willa, riding shotgun on the trip home.

“Willa, we got it done. Less than 24 hours and you’re gone. Body, mind and an amazing quantity of narcotics. You were never a druggy, girl, but you sure took a lot of pills. I guess you had to.” Frank steers the Datsun back to 101, heading home. “I miss you, Willa. I wish I’d seen you before you died. Maybe you just couldn’t hold on until I got back. Maybe you felt so useless your body just gave up the ghost, gave out while I was somewhere over Manitoba. Or maybe Saskatchewan. Too useless to live.”

Frank finds himself halfway into the passing lane and veers back to his right. He shakes his head hard and opens his eyes wide. “Willa, you better be useful right now and keep talking. If I don’t stay awake until we get home, I’m going to be your roomie again, at the UCSF morgue.”

“Friends and family, before we continue with our celebration of Willa Woods’s life, please give it up for David Carter and his Fuck Cancer Memorial band! Great set, guys.”

Frank gestures to the five grizzled jazz vets on stage, who tip their baseball caps and porkpies as the crowd cheers. There are butts in all two hundred faded red seats in the Brava Theater, deep in the heart of the Mission, and the people attached to those butts are feeling the love.

Frank Singer leans in to his microphone, “Every song in that set was an original, written either for a show Willa directed or special for this show tonight.”

Another ovation. Frank looks through the glare of the stage lights at faces in the first few rows. He knows them all. Where have they have been, all these friends, in the months since Willa died? He wonders why none of them offered to help Jackie sort Willa’s stuff, why none of them stepped up to organize her memorial show while Frank was in Europe finishing his Cirque contract, why none of them offered him a place to stay when he came home at the end of June to find strangers in his flat, in the home he had shared with Willa.

“To honor Willa Woods, an artist committed to creating new work, we have put together an evening of music, circus and dance, every piece created specifically for this show and specifically to celebrate Willa Woods.”

More clapping. It’s easy to get applause at a memorial show. Frank could have used a little of that love two months ago when he stood in front of a storage locker staring at all his worldly possessions and listening to his former landlord say, “You didn’t send the 100 euros in May. Broken promises, very bad. So I went by the apartment to talk to Willa, only to find some blonde bimbo elbow deep in Willa’s stuff, telling me Willa had croaked. When were you planning on cluing me in? Next year? You’re a piece of work, Singer, you know that? Anyway, the lease was in her name and she’s dead, so that makes you chopped liver. You might want to move your crap out of this locker; it’s costing you $120 a month out of your security deposit.”

Frank realizes that the applause has ended. “To set the tone for this evening, I’ve invited Rabbi Deborah Matz to say a few words.”

The rabbi is sitting in the front row. She walks up the stairs to the stage, whispers something to the piano player and joins Frank. She is his opposite – small to Frank’s tall, bright green dress to his red and black clown tuxedo, tiny skullcap to his top hat.

Frank hands her the mic and steps into the stage right wings.

“When someone as vibrant and alive as Willa Woods dies, it tears a hole in the universe.” There is a rhythm to the rabbi’s words, a music in her voice that she usually saves for sermons. “We feel betrayed, betrayed by life, betrayed by G-d. And then we get angry, perhaps angry at G-d. That makes sense; you should be angry at G-d. Unfortunately, we also get angry at ourselves, angry that we didn’t do more, angry that we couldn’t save her, ashamed of the cure we couldn’t find or the time we didn’t spend or the love we didn’t give. When someone like Willa Woods dies too young, we all need compassion; we all need rachamim.”

Rabbi Matz pronounces the “ch” deep in her throat, the sound that gives Hebrew its distinctive music and thirteen-year Jewish kids nightmares.

“Compassion for yourselves, for your human-ness. Self compassion. Self rachamim. You all have such compassion for each other and for your art. Every act in this show was lovingly constructed just for tonight, an intricate sandcastle that will disappear with the next high tide. I understand that Willa was special, that this night is special, but your rachamim is not confined to one person or one night. You come to benefit shows for anyone in your world who gets sick and memorials for everyone who dies. And you don’t stop there; you take the mitzvah, the good deed, of visiting the sick, bikur cholim, very seriously. Perhaps, from the inside, you cannot see the way this community of clowns and acrobats, klezmorim and tummlers, is held together in a web of love and skill and laughter and compassion. A web of rachamim.”

The applause is ragged with some folks wiping their eyes and some of the Jews holding back because it feels like temple and you don’t clap in temple. The rabbi takes a step toward the piano player, who hands her a rubber chicken. She holds it up so the audience can see the tiny blue yarmulke on its cockscomb and the miniature patchwork prayer shawl over its little rubber shoulders.

“Willa gave me this as a present the afternoon we invented the traditional Jewish ceremony that protects a dying clown from being a chicken shit.” A huge laugh of relief and recognition. “I dressed her up for the theater tonight – I hope Willa approves of the outfit.” She lifts the chicken like a wine glass and finishes, “L’chiam. To life."