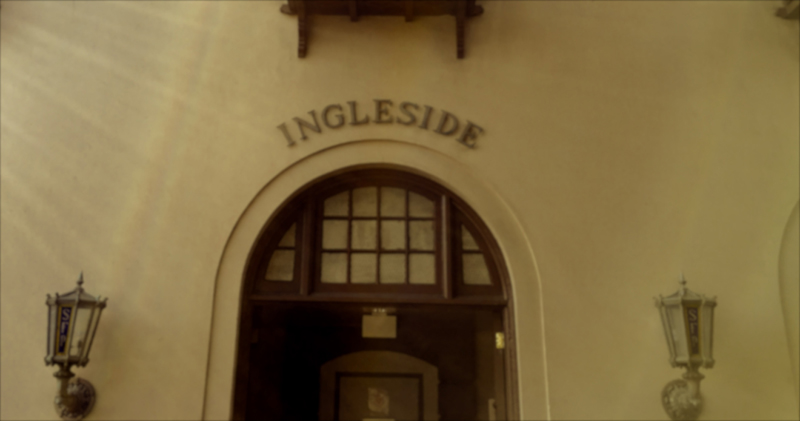 Frank Singer sits at the wheel of his Datsun reading a map. The road lines swirl from the jet lag closing in behind his eyes. A tightly sealed cardboard box sits in the passenger seat. Inside it, neatly packed in a cocoon of dry ice, is Willa Woods’ brain.

This morning, after Jackie Amarillo finally called the Harvard Brain Tissue Resource Center, they tried to contact their West Coast pathologist to tell him to go get Willa’s brain but he was on vacation in Costa Rica. When Willa’s body got to the med school at UCSF around 4pm, one of the Harvard researchers called an old classmate, an anatomy professor, to talk her through the extraction. Frank volunteered to run out to buy dry ice during the operation.

Now Jackie has booked the brain on an 8pm flight from SFO to Logan where a Harvard research fellow will sign some papers, grab the box and try to get it back to the lab before the sun comes up over Boston Harbor. She’ll spend the rest of the day with a small part of the brain, slicing it thin like lox, on the bias, and preparing slides for her colleagues to study.

“You better be useful at Harvard. We’re all counting on you to teach those Ivy League eggheads what brain disease is really all about. Capeesh?” The box doesn’t reply.

Frank can’t go to the airport until he’s gotten rid of two other much larger boxes hidden in his truck. Willa’s medications, including a whole lot of morphine and other controlled substances, filled most of her four-drawer dresser. Jackie boxed it up and told Frank it needed to be out of the house, stat. Driving around in a jet lag fog with drugs sporting a street value in the low five figures isn’t the high plan.

“Don’t worry, I’ll get you to the airport on time, right after I get rid of the pharmacy in the truck. Capeesh? I gotta dump the meds that have been scrambling your neurons for the last few months.” Willa’s brain doesn’t answer.

The map finally stops swirling long enough for Frank to see that the Ingleside Police Station at #1 Sergeant John V. Young Lane is roughly on the way from where he is now, in the UCSF parking garage, to the airport. He should be able to find the station, drop off the drugs and make it to the United Airlines Main Cargo Facility by 7:15pm.

“OK, we’re heading to the cop stop. Don’t call attention to yourself – no way I want to explain why I’ve got a brain riding shotgun.” Frank puts the seat belt around the box and drives off.

Sergeant John V. Young Lane looks like a long driveway running through a stand of vine-covered coast cypress. After about 500 yards, the trees thin out and the cracked asphalt of an eight-car parking lot appears. The station, a two-story house with a burnt umber Spanish tile roof and arched doorways, sits in a field next to the lot. The word “Ingleside” curves over the main door.

Frank gets one of the big boxes out of the trunk and says “Don’t move!” to Willa’s brain before locking the car.

The long, narrow waiting room is dimly lit and abandoned. The walls are completely covered in posters in seven languages featuring giant capsules and the slogan, “Got Drugs? Turn in your unused medication for safe disposal HERE. 24/7. 365.” There’s a sticker on each poster with that says “Ingleside Station” and the address.

Frank walks to a thick glass window on the far end of the room and looks through to a desk in the main office. A small woman in full uniform sits at an electric typewriter. She looks up, sees Frank and keeps typing.

Frank stands with the big box resting on slim shelf, looking in at the cop. She’s still typing. For a long time. There is no “ring for service” bell or intercom. He considers pounding on the bulletproof glass but glances at the cop’s gun, which looks huge hanging from her small waist, and decides to wait.

Finally, Frank holds up a full vial of morphine. The cop doesn’t look up so he unscrews the childproof cap and pours the little yellow pills slowing into his other palm. No look. Finally, on the third slow waterfall of pills from one hand to another, the cop stands up. The expression on her face makes Frank appreciate the bulletproof glass between them. She jabs a short finger with a long purple nail to her left, which Frank understands to mean, “I’ll meet you at the side door.”

“Look, pal, we don’t take drugs here. Gotta go to Mission Station during regular business hours. You try to bring that stuff in here and we’ll have to arrest you.”

“What?…the posters. They say…The posters!” The disconnect between the words on the walls and the words coming out of the cop’s mouth cause Frank’s brain to short circuit.

She looks at the walls, slowly reads a poster, mutters, “Fuck” then shouts, “Bernice, you’re on inventory. Some old white guy’s out here holding a box of skag.” She walks back into the office, leaving the door open.

Frank starts to say, “It’s actually morph…”, realizes it’s not worth it, decides to mention that he’s got another box in the car, thinks better of that and whispers, “Can we hurry up? I’ve got to get to the airport to ship my friend’s brain to Harvard” just as Bernice steps into the waiting room.

Bernice is as short as the other cop but built like a linebacker. Her gun belt dangles beside her as she threads it through the loops on her uniform pants. This takes a while because the leather weightlifting gloves she’s wearing are too bulky. Her well-tatted arms are bulky, too, fully exposed in the wife-beater tee shirt she’s got on. Frank has interrupted her work out.

The belt is buckled, the gun is checked and Bernice slaps a hat on her mop of curly blond hair; a female version of a noir cop stripped down to rough up a suspect. Without a word, she takes the box of drugs and slams the door in Frank’s face.

The thick glass window becomes a screen for Frank to watch the silent movie “Bernice Sorts Narcotics.” With the box on a desk near the window, the buff cop takes out all the controlled substances, a couple of dozen bottles, points to the rest of the meds and shakes her head at Frank. The title card in Frank’s head reads, “We don’t take these pills, moron.” Bernice turns to look at the other cop, whose lips move and head shakes. Bernice looks back at Frank with a pitying smile, “You’re too dumb to arrest…at least for now.” She pulls a big, old school receipt pad out of one drawer and a piece of carbon paper out of another, puts the thin black sheet between the first and second pages of the pad and slowly, slowly, slowly transcribes all the information off the label of each vial.

Frank is hypnotized, mouth open, unblinking eyes fixed on the slow motion journey through his best friends medicine cabinet. He doesn’t even notice when Bernice finishes and starts to rip off the top receipt. He only looks up when her scream seeps softly through the glass and he sees her open mouth and angry eyes. She slaps the back of the receipt up against the glass – all the entries are there, backwards and in carbon. Then she slaps up the blank copy page. She had the carbon paper upside down.

The other cop is standing with Bernice now, they are turning the carbon paper over and back then ripping it up and putting in a new sheet underneath a new receipt, first one way, then the other, making sure it’s in right. They look up at Frank and their mouths move in unison, “FUCK YOU!” Then the other cop gets back to typing and her partner starts “The Further Adventures of Bernice Sorting Narcotics.”

Frank is pretty sure the new carbon paper is also in upside down.

He looks at the clock on the back wall. 6:40. He’s got to risk it. Pound, pound, pound on the glass; dagger-eyes from Bernice. Frank channels years of mime training to get her to check the carbon paper. Another glare and she shreds the second black sheet, as if it’s the carbon’s fault she put it in backwards, again. Bernice takes out a third sheet and puts it in. This time, she’s got it right. Frank gives her a thumbs-up, Bernice gives him the finger and puts her hand on her gun. Frank takes a seat at the far end of the waiting room.