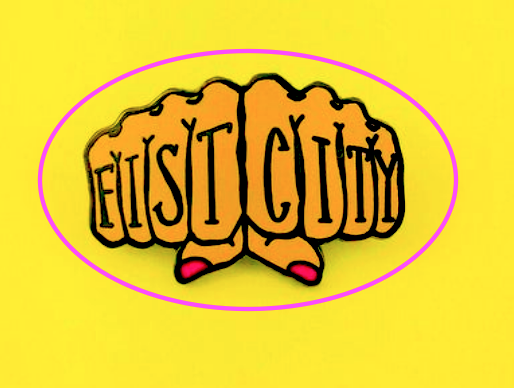 With the new year comes new worries for Willa Woods. Her week-nine chemo checkup shows the tumors starting to grow again and some of her markers heading in the wrong direction.

Dr. Sands says they will stay the course, finish the last three weeks of the treatment and then re-evaluate. “We have another option, a new chemo that I’ve heard about. I’ll start researching it. For now, Willa, don’t read too much into these tests. They could be an anomaly.”

Willa has no one to help her, no one to ask the doctor all the questions that just got wiped out of her mind. Zipporah Abrams didn’t come to this appointment, the first one she’s missed since becoming the power of attorney for healthcare when Frank left town. Willa feels lost and woozy.

She leaves the office. A stop in the bathroom and then onto the elevator. No one else in the carriage, thank god. Push “first floor.” Feel the car shimmy and descend.

Willa pushes her back into the far corner, hard.

A ping and the elevator doors open. Willa can’t move. After a few moments, the doors close again. She’s trapped. Try to find the button that opens the doors. It’s not there. She’s back in the corner, eyes closed.

“Cut the crap, Woods. So you got some bad news – what’s new? Another day, another chemo.”

The elevator shivers and starts to rise. Panic. The car stops quickly, on the second floor, and Willa nearly runs over a startled lab tech. She’s in a hallway, breathing hard, one hand on a wall to steady herself.

“Are you looking for obstetrics?”

Willa freezes but doesn’t look around to see where the sweet, melodic voice is coming from. A lifetime of baby debates -- ‘to have or have not’ -- unspool in Willa’s brain. Then, in her mind’s eye, she sees a bright, clear image of herself, bald, cancer-ridden and in full clown costume, nursing an identical mini-me baby.

Willa’s laugh booms and then echoes down the hallway. It must have scared off her would-be guide but Willa doesn’t need help now. The spell is broken. Giggling, she rides back down to the first floor, finds her car conveniently parked in the blue zone and drives home.

The phone starts ringing as Willa tops the stairs. It’s Zip checking in. Willa tells her what the doc said but skips the post-visit freak out. Zip makes worried sounds.

An hour later, Jackie, Zip and three other friends are in Willa’s kitchen playing a Patsy Cline CD, loud, and eating Thai takeout. Willa is happy for the company but soon enough they’re starting to get on her nerves. She needs to be alone. She needs to reorient. She’s gotten too used to thinking she has a future, too comfortable being alive. “Your getting too soft, Woods. You can’t even visit your oncologist without turning into a crazy old lady.” Willa doesn’t need to be cheered up, she needs to cut the crap and start the hard, practical work of dying.

Willa won’t kick her friends out, she was raised a good Southern lady, so she says, “Zip, put on Loretta Lynn. I need to hear Fist City.”

“...You'll bite off more than you can chew
If you get too cute or witty.
You better move your feet, if you don't wanna eat
A meal that's called Fist City…”

Willa shadow boxes in rhythm before eating a few spoonfuls of tom ka gai, the chicken and coconut milk soup that is a household favorite. If Frank were home, they’d be at the restaurant sharing a huge bowl of steaming comfort, joking about her panic attack and commiserating about her diagnosis. She misses Frank.

Willa slides out of the nook, puts her spoon on the counter and goes to the living room to get her computer. She opens Skype and calls France.