Two days later, Willa Woods’ face is a mask of amazement. “George actually said you could pay your half of the December rent in January?”

“Yeah. Worked out pretty well. I guess he got a little star struck when I mentioned Cirque du Soleil.”

Frank Singer is being liberal with the phrase “star struck.” What their landlord actually said was, “What the hell is certs da sole?”

“I’m amazed George had even heard of Cirque.”

“Definitely. He knows the shows and the business side, too.”

After twenty minutes of sitting at George’s desktop showing him videos and articles on Forbes and Bloomberg.com, George had said, “OK, they’re a big outfit, lot of money and good looking babes. What do they want with you?”

“So, now that you’ve got a gig with a big shot show, George is suddenly Mr. Nice Guy Landlord? If I’d have known that’s all it takes, I would have auditioned for Cirque 20 years ago.”

“Maybe he’s always dreamed of running away with a circus and this was a way to live his dream vicariously.”

Frank had pulled out a hardcopy of the Corteo contract, all 45 pages of it, and George had read through the whole thing. “Looks legit. Six months, and the pay’s pretty good. But you’re asking me to break my golden rule of landlording.”

“Hold your horses, I’m about to make you an offer you can’t refuse. The wife and me are taking one of those river cruises around Germany this summer. Her people are from there. And you can help me out. Send me a hundred Euro bill every month, on top of the rent checks. Simple. And a hell of a deal for you – six hundred bucks, plus postage, to get me to break my golden rule of landlording.”

“Actually, Euros are worth more than—”

“Frank, you’re the one who’s begging me to let him pay his rent 31 days late!”

“And George never went into his rant, ‘You’re making my life so miserable! I’m just going to sell the place!’ Or threaten to evict us or jack up the rent?”

What George said, as he led Frank to the door, was, “Don’t talk about our deal with anyone, got it? And don’t ever ask to pay late again. Understood?” And as Frank walked down the steps toward his car, George called after him, “I’m glad Willa’s feeling better. She’s good people. But don’t for a moment think I won’t throw her ass out on the street if you forget to send me those Euros.”

Frank is packed and ready to go to Paris with four days to spare. He has 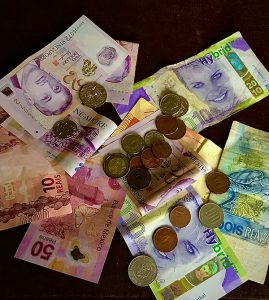 finally signed the contract after a lot of frantic back and forth between his lawyer and Cirque du Soleil. He has brushed up on his kindergarten French, washed all his clothes, bought six old-style airmail envelopes with par avion right there on the front, addressed each one to George the landlord and arranged for his show fees to be direct deposited into Willa’s account. She had argued that he would need the money on tour but Frank was firm – he could live on his cash per diem and she would have his half of the rent right there in the bank on the first of every month. No hassles with George and definitely no eviction. “I’ll get the rest of my money when I’m home in June or you can use it for emergencies.”

“There won’t be any emergencies; I’m done with emergencies. But if you’re going to throw a temper tantrum, I’ll take good care of your hard earned cash while you’re off conquering Europe.”