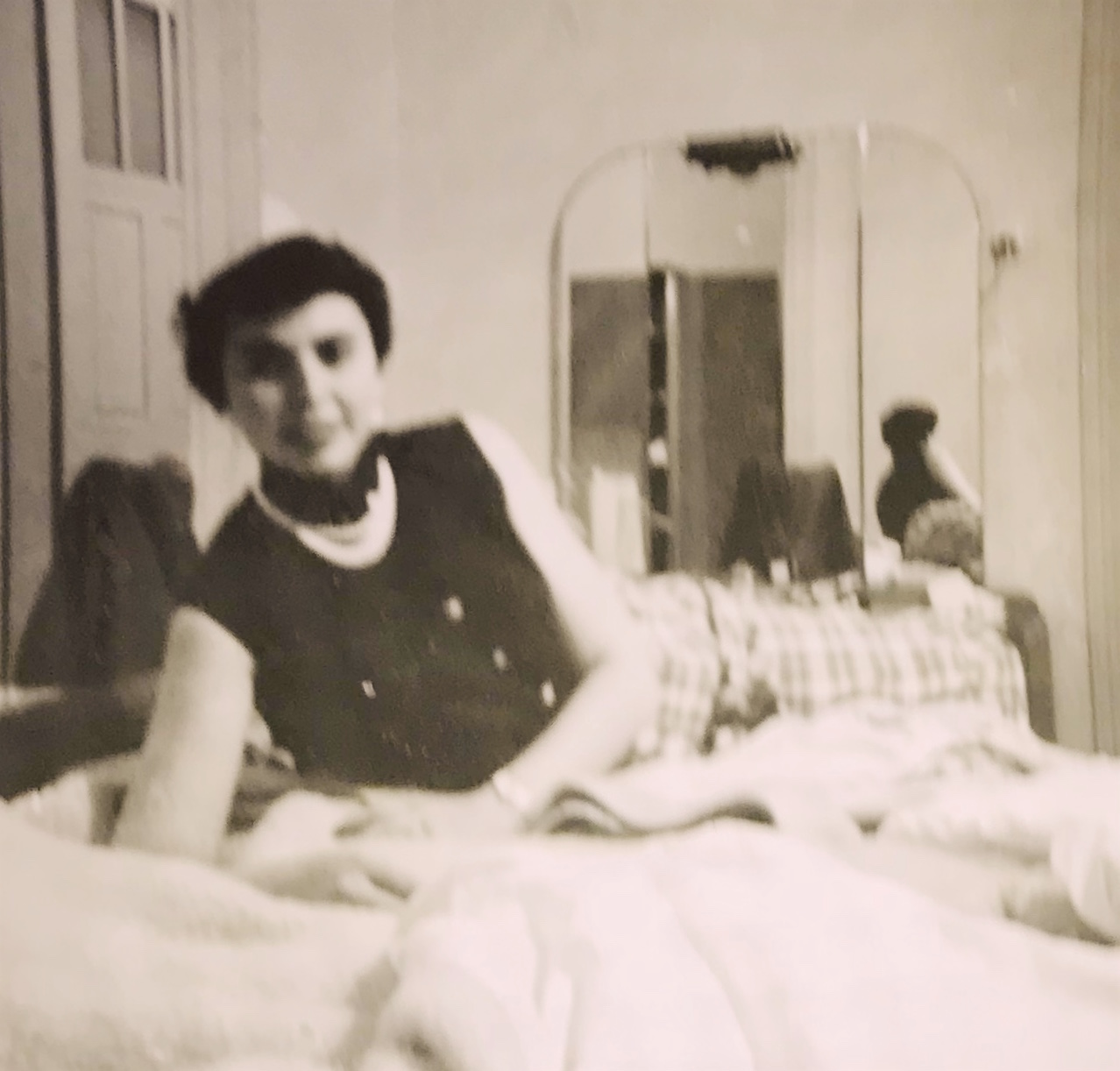 Frank quietly walks up his front stairs holding a small collage. Magda made the piece by defacing a copy of a bad review he got back in the 90s. He loves it.

Willa is asleep and Jackie is long gone. Frank takes his computer to the desk in the living room, looks out the window at the quiet street and cries. He’s gotten used to crying a few times a day, any time, any place, for no real reason except that his mother is dead and he can’t quite believe it. The tears usually only last a few minutes and then he gets on with his life.

His life tonight is writing, getting through at least one scene of the play that will pay the rent when he hands it to the high school drama teacher in three weeks. A play, he carefully reminds himself, that he’s writing in honor of his mother.

We hear you, woman!

Welcome Lampito! Come up by me; the hall is almost full.

You look badass, Lampito, bad enough to strangle a bull!

And what lovely breasts you own!

Ooh, your fingers are cold.

How do my girls rate, compared to the other’s you’ve known?

Whoa, now. We’re not going to talk about the breasts

You’ve fondled, all out here in the open.

Tell us, who called this Council of Women?

Then kick off the party before we all go find our own fun.

Are you not sad that your men keep walking out the door?

Are you not mad that your men keep dying in an endless war?

This shit’s got to change.

My sisters. My beauties. My tribe.

If we are to make the Man bow to Peace, we must stop…

What? What do we have to stop?

Will you stop it if I tell you?

We will, we will, if we must die for it.

We must stop having sex with men. Period.

To every husband and lover you must not open your arms,

Why are you turning your backs? Where are you going?

Do not walk away from me!

No, Lysistrata. I won't do it.

Let there be war; I need my man.

We flatly reject all your requests,

There is nothing’s better than red-hot sex.

Your lives are bare; just babies and booty!

Your men kill; you pout and cry.

Women, you all deserve to die.

Frank is staring out of the front window down on the parked cars. A street lamp casts a perfectly round pool of light onto the sidewalk.

Magda is standing in the light, facing the street. Frank sees his mother.

She is dressed in a tailored red jacket, paisley patterned skirt and crisp white blouse. She clutches a small beaded purse to her stomach. A black pillbox hat with a birdcage veil sits on her head.

Magda looks over her left shoulder up at Frank, a quiet, calm look.

Magda looks away, grabs the lamppost and leans out in Gene Kelly’s classic “Singing in the Rain” pose.

Frank takes two steps toward the door, thinks better of it and comes back to the window.

The cracked sidewalk, the parked cars and dim streetlights of the outer Mission are there; Magda is gone.

Frank starts to run to the door. “Mooooom!” He trips on the edge of the rug and sprawls face down on the living room floor.

He wakes up, clutching his pillow.