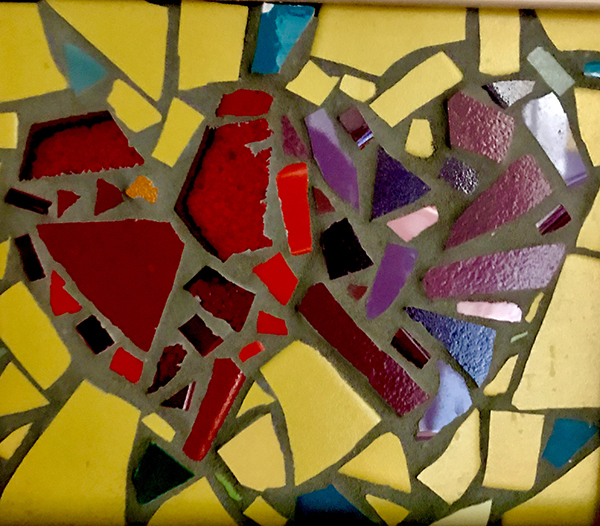 At the end of the week, Willa is still hospitalized but practically cough free. Her appetite is back so everyone who visits her hospital room smuggles in a treat. On Sunday, Zip Abrams walks through the door wearing a man’s three-piece pin striped suit and carrying a huge heart-shaped box of chocolates. She drops to a knee in front of the bed.

“They no sooner met but they looked…”

Zip stands up and goes nose to nose with Willa, eyes bulging.

“…no sooner looked but they loved…”

Zip hands the chocolates to a laughing Willa.

“…no sooner loved but they sighed and…then they dug into the truffles before the chocolate melted all over the sheets and the pillow case and the IV stand.”

Zip steps back, bows and turns to give Jackie a kiss on each cheek.

Willa says, “Zip, you made my day!” as she tries to peel the plastic off the box, “They shall all be eaten, and I will bid my valet to the feast.” Willa hands the box to Jackie who runs a nail along a seam, rips off the plastic and opens the heart. She says, “I’ll give you this but only if you never call me ‘valet’ again.”

Willa laughs, agrees and quickly pulls out a dark brown truffle with salt crystals embedded on the top. Jackie says, “You know chocolate won’t stay down.”

Willa holds it up in the air, “But, O, how bitter a thing it is to look at a truffle through a sick woman's eyes!”

Jackie reaches for the chocolate, “You can save it for when you get home.”

Willa pulls her hand back. “Maybe, but first let’s do a cost benefit analysis – it’ll cost me a few heaves and maybe a stomach cramp to eat this thing. On the other hand, it will make my mouth happier than it’s been in a week.” She slowly turns the truffle over, licks the bottom and then takes a big bite of crunchy/salty dark chocolate and creamy ganache. She closes her eyes and slowly chews.

Willa leans over and pukes into her wastebasket. She wipes her mouth and says, “Still worth it,” puts the half-eaten candy back in the heart and picks up one covered in dusty cocoa. Another bit, another barf and another tooth-marked chocolate back in the box.

Early Monday morning, the night nurse tells Jackie that they need to meet with the palliative care team at 10am. He asks her to call Frank and Zip. At 10, Frank and Jackie are sitting on either side of Willa’s bed staring at a large rumpled man in a tweed suit sitting against the far wall. Zip is a no-show.

The man introduces himself as Henry Weinberg, the palliative care doctor, and starts talking about Willa’s case, using her chart as a cheat sheet. Every so often, the doc asks Willa a question, which Willa fields with aplomb. Frank and Jackie sit and listen, although most of what the doctor says gets lost in their sleep-deprived brains.

“…since there are no more questions, I’d like to speak with Mr. Singer for a few minutes in my office.”

Dr. Weinberg says “No” and leads Frank down the hall to a small office with a huge desk. The doc sits behind the desk and Frank squeezes into a small chair that takes up most of what little floor space is left.

“Mr. Singer, you realize, don’t you, that you missed an opportunity.”

“Uh, no. An opportunity for what?”

The doctor sighs and takes the tone of a middle school teacher talking to a particularly obtuse student, “Ms. Woods has a strongly worded advanced health care directive, including a DNR.” He raises his eyebrows and when Frank doesn’t say something immediately, he adds, “Do Not Resuscitate.”

“Yes, I know what a DNR is and I worked on the directive with Willa. I was asking what you meant by ‘a missed opportunity’.”

“I am getting to that. When Ms. Woods came to the ER with severe pneumonia and was unable to state her own wishes, you instructed the staff to stabilize her. Taking the directive and the DNR together, it would seem that you went against your friends wishes.”

“What? Against her…you think I should’ve said, “’Nah, let her die. She’s about to start a new round of chemo that might save her life, she’s saner than she’s been in years but, hey, when it’s time to go, it’s time to go, right?’”

“Mr. Singer, I realize this is hard but sarcasm doesn’t make it easier.”

They sit quietly for a few moments and Frank finally says, “I’m sorry. It never occurred to me...”

“I know. That’s how it often happens – things are moving fast, the staff doesn’t always make the options clear and nobody wants to play god.”

“Yeah. Not my favorite role.”

“I’m talking with you now because we’re going to release Ms. Woods today. My hope is that you will be able to see the process more clearly and make the decisions you need to make in the moments they need to be made.”

Frank doesn’t say anything. The enormity of holding his best friend’s life in his hands keeps his mouth shut.

“For example, if she gets pneumonia again, which is quite possible, consider the fact that dying of pneumonia is a lot easier, less painful and faster than dying of cancer.”